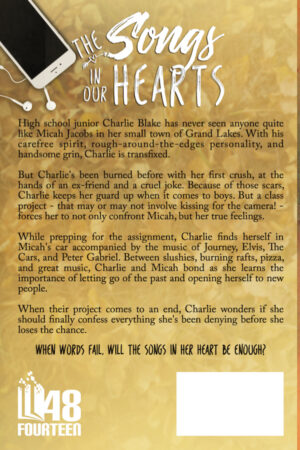 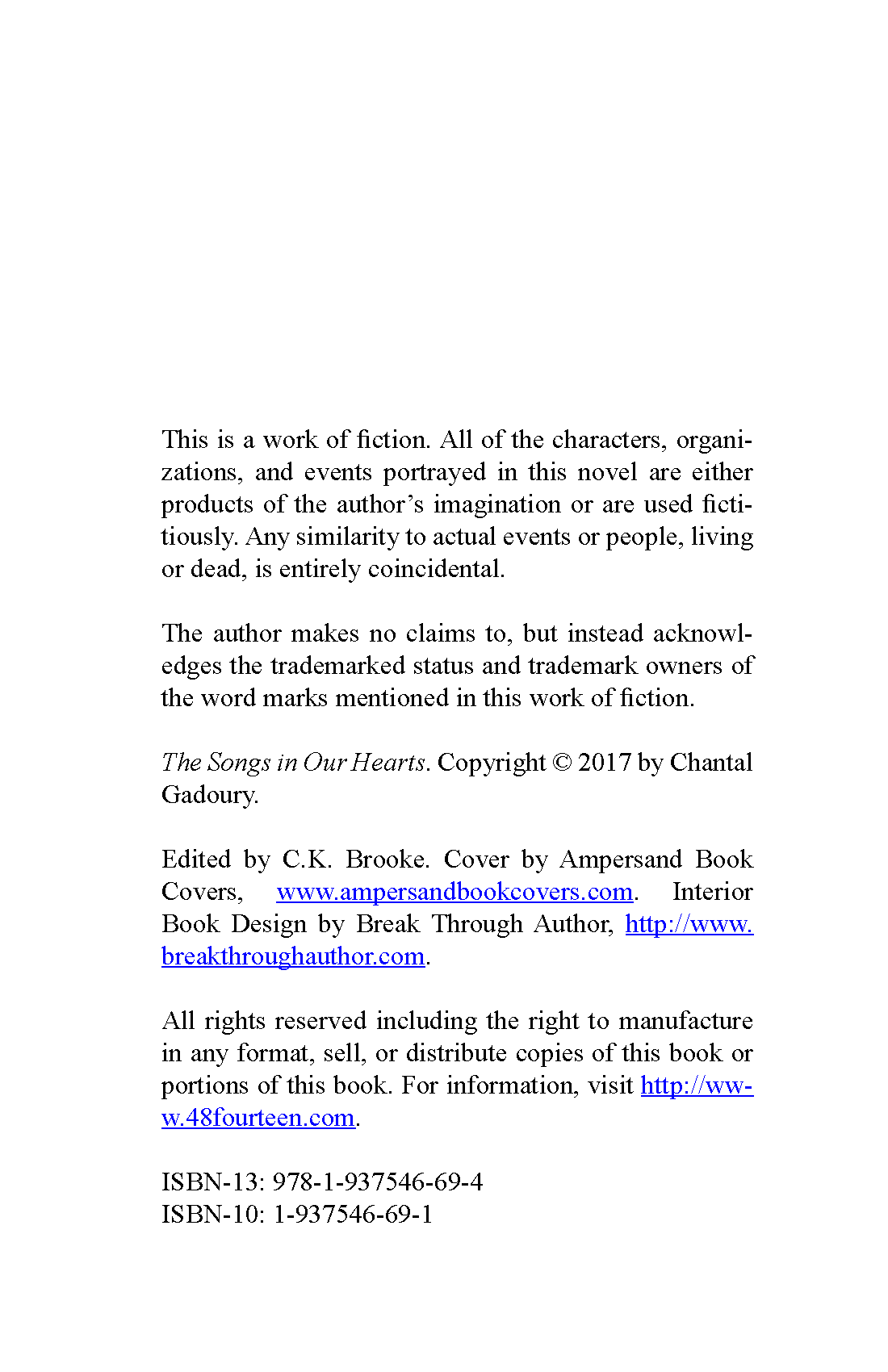 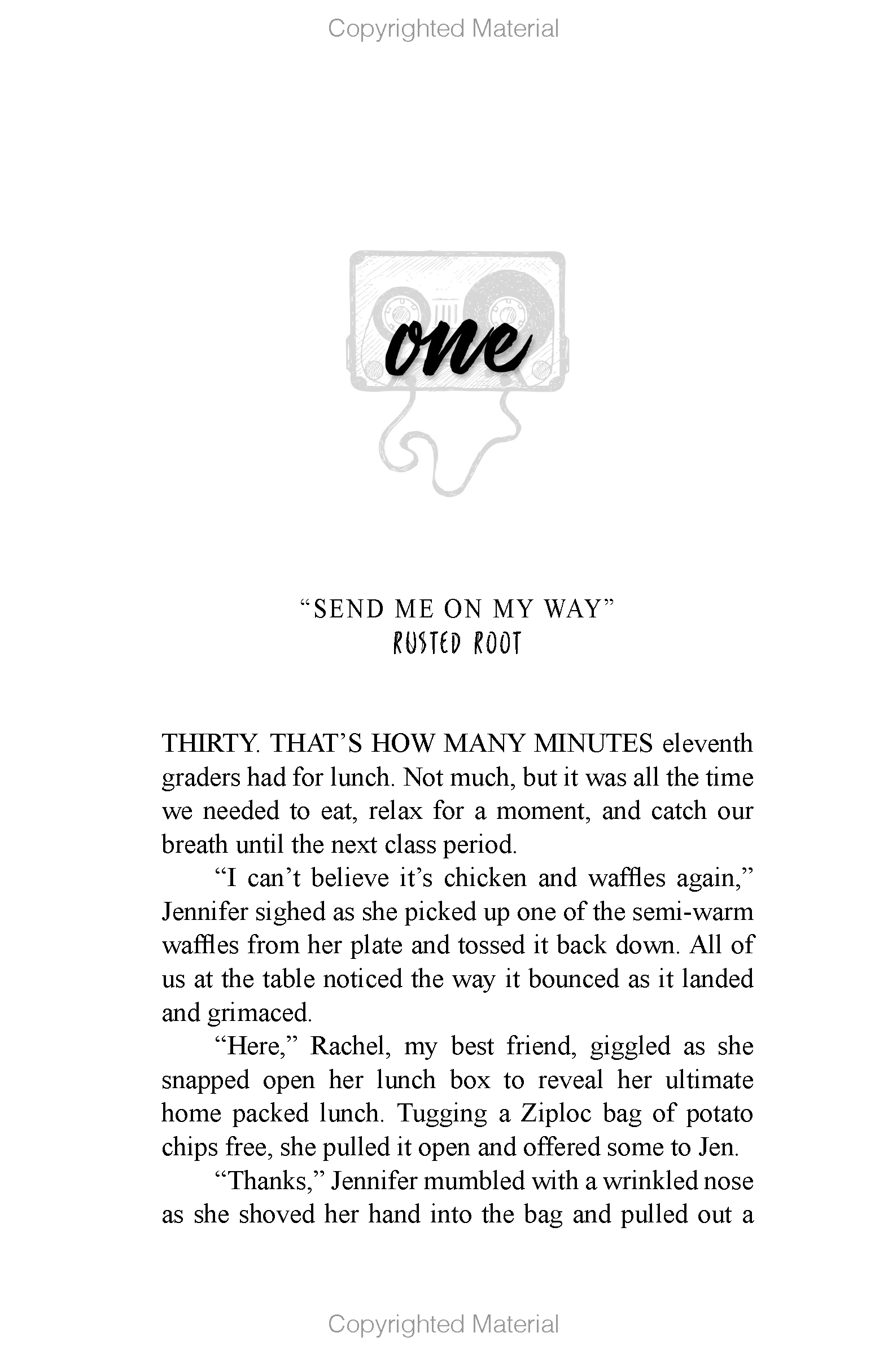 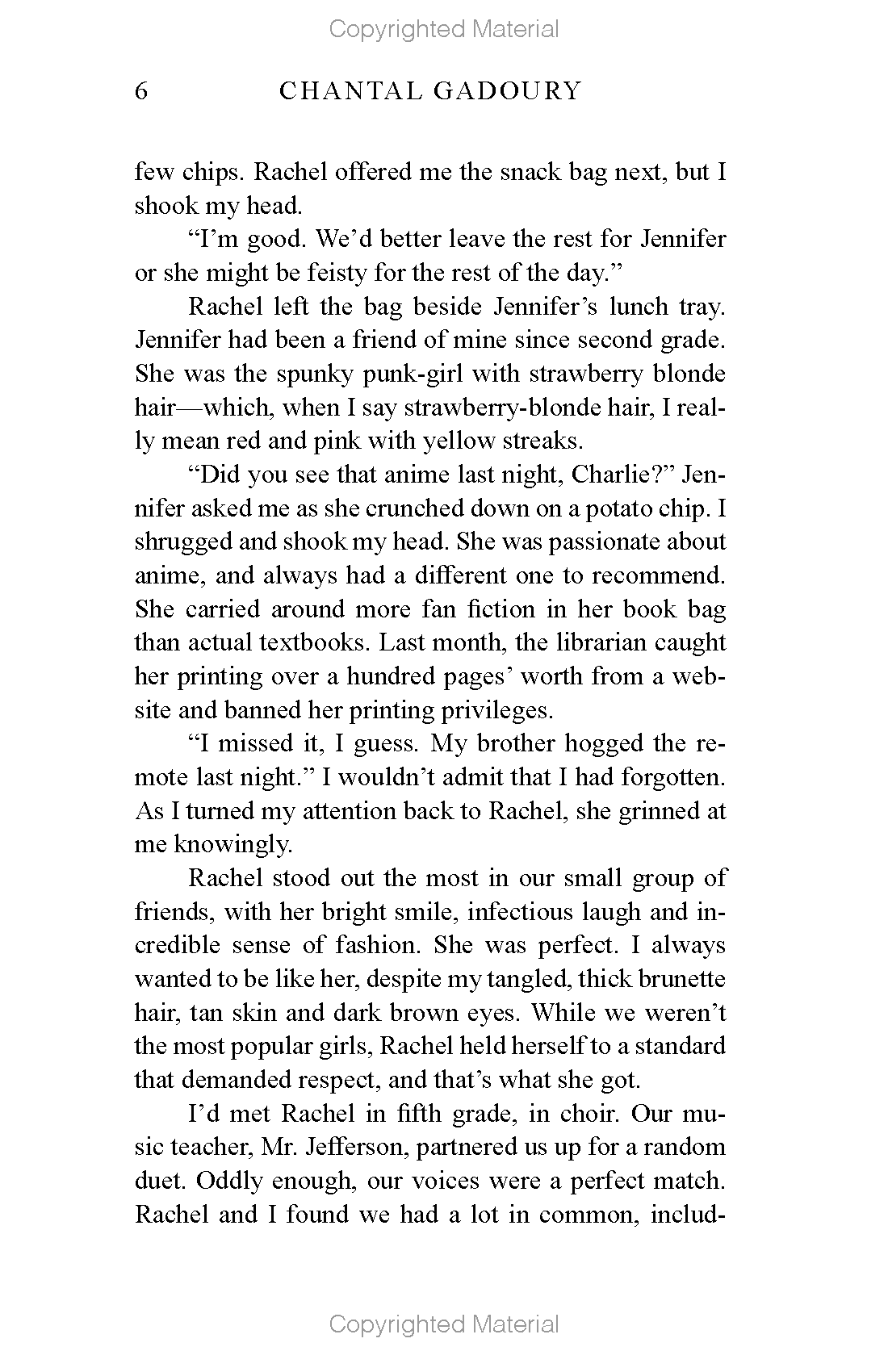 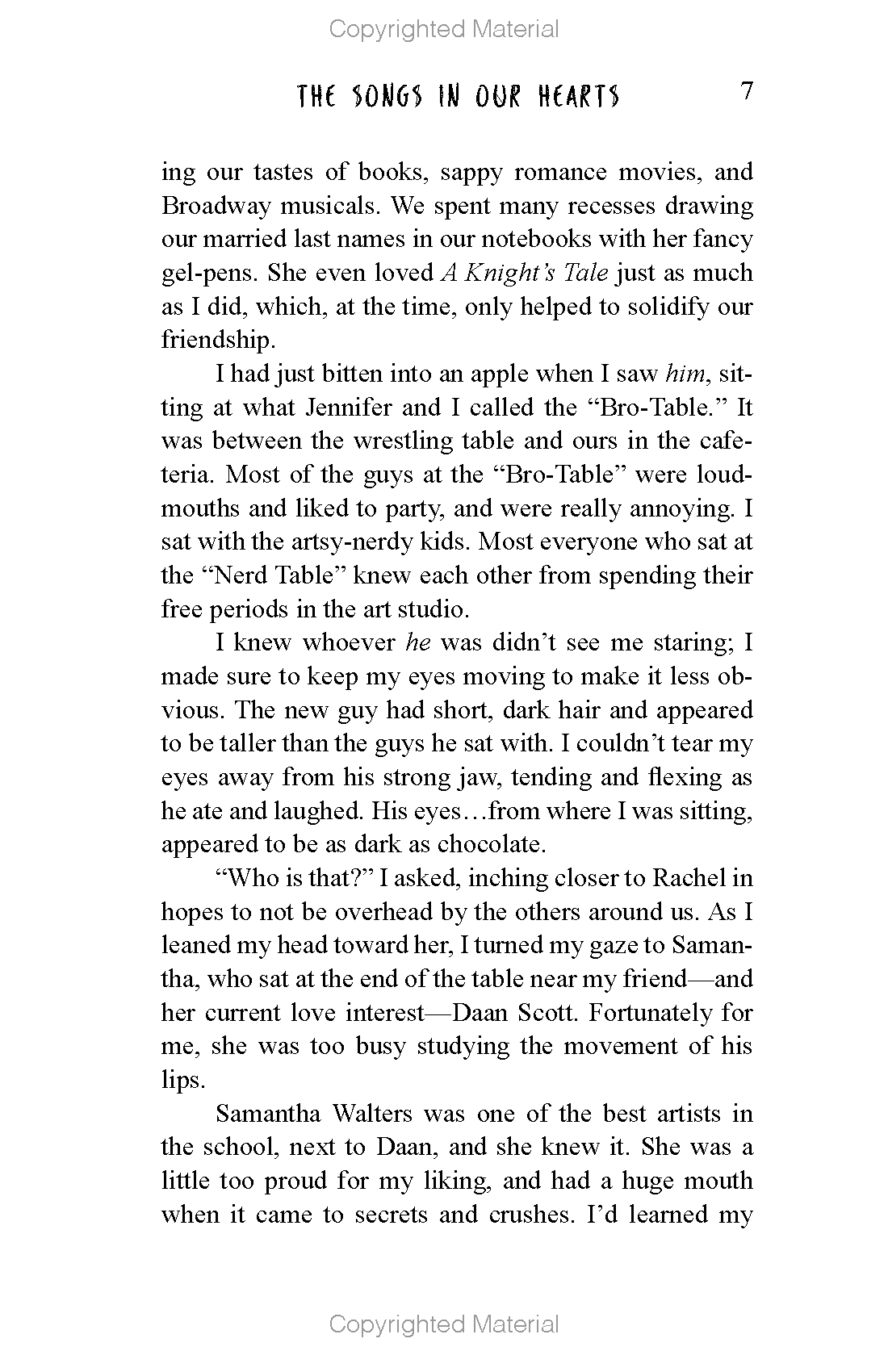 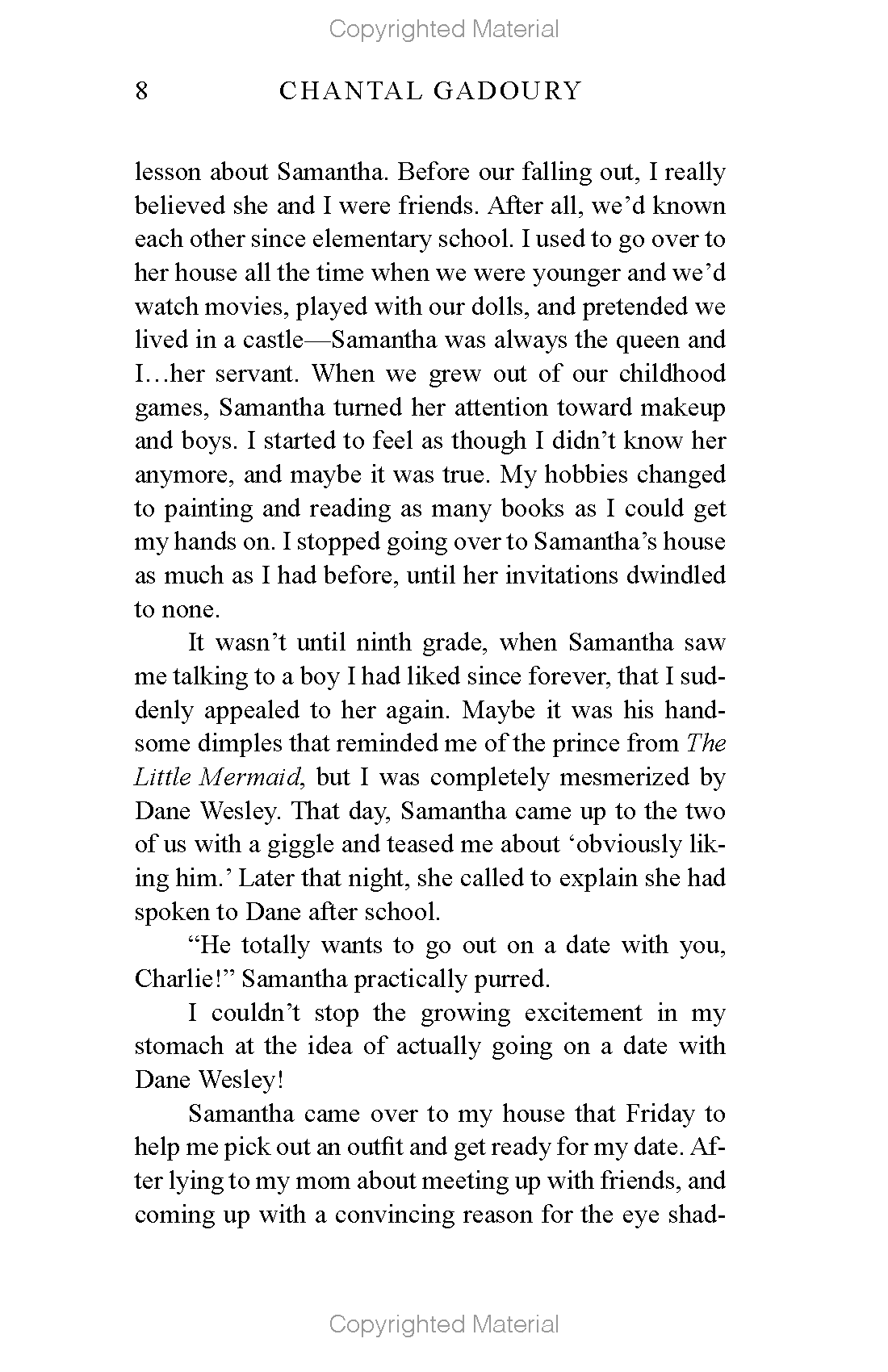 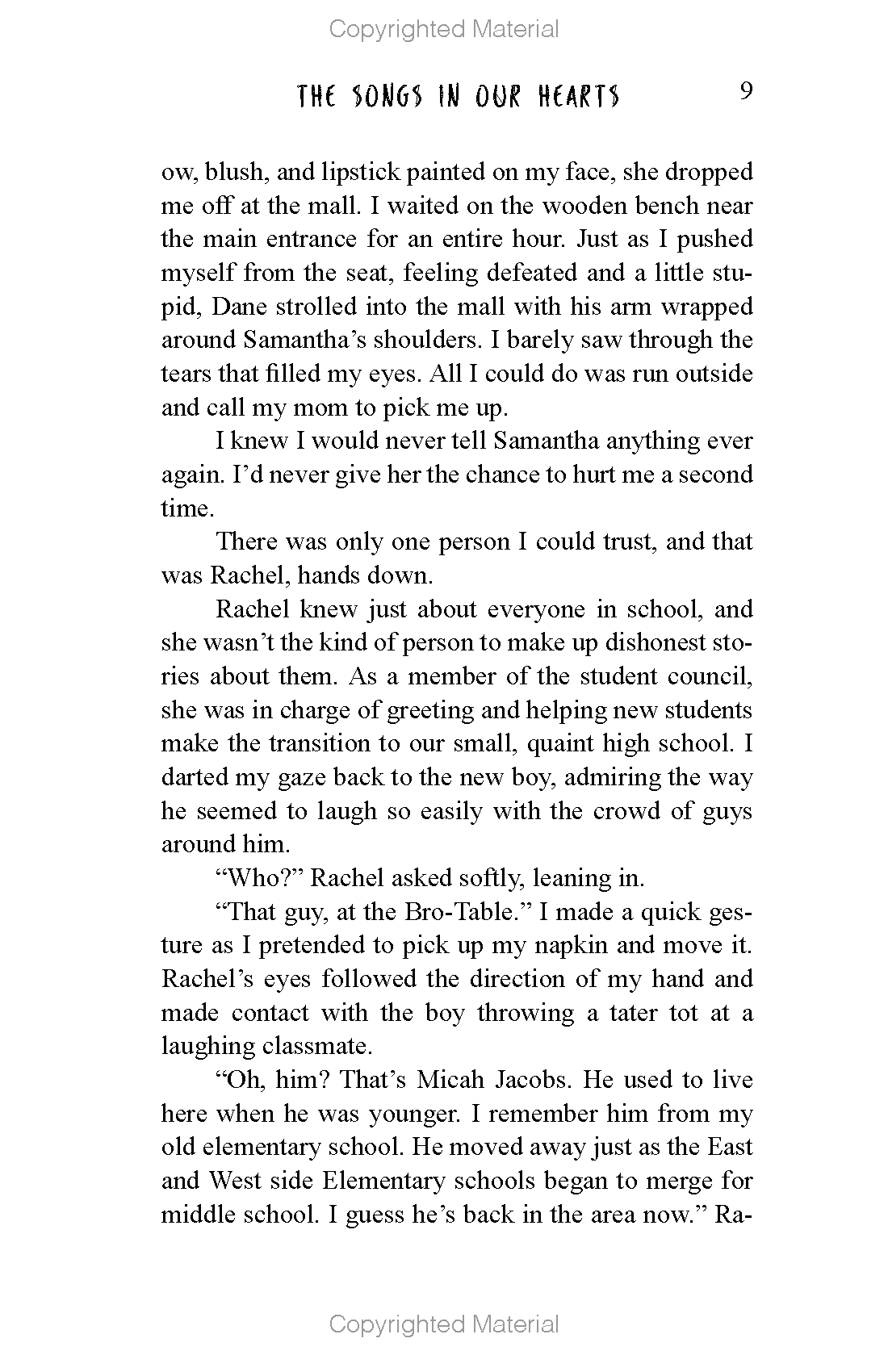 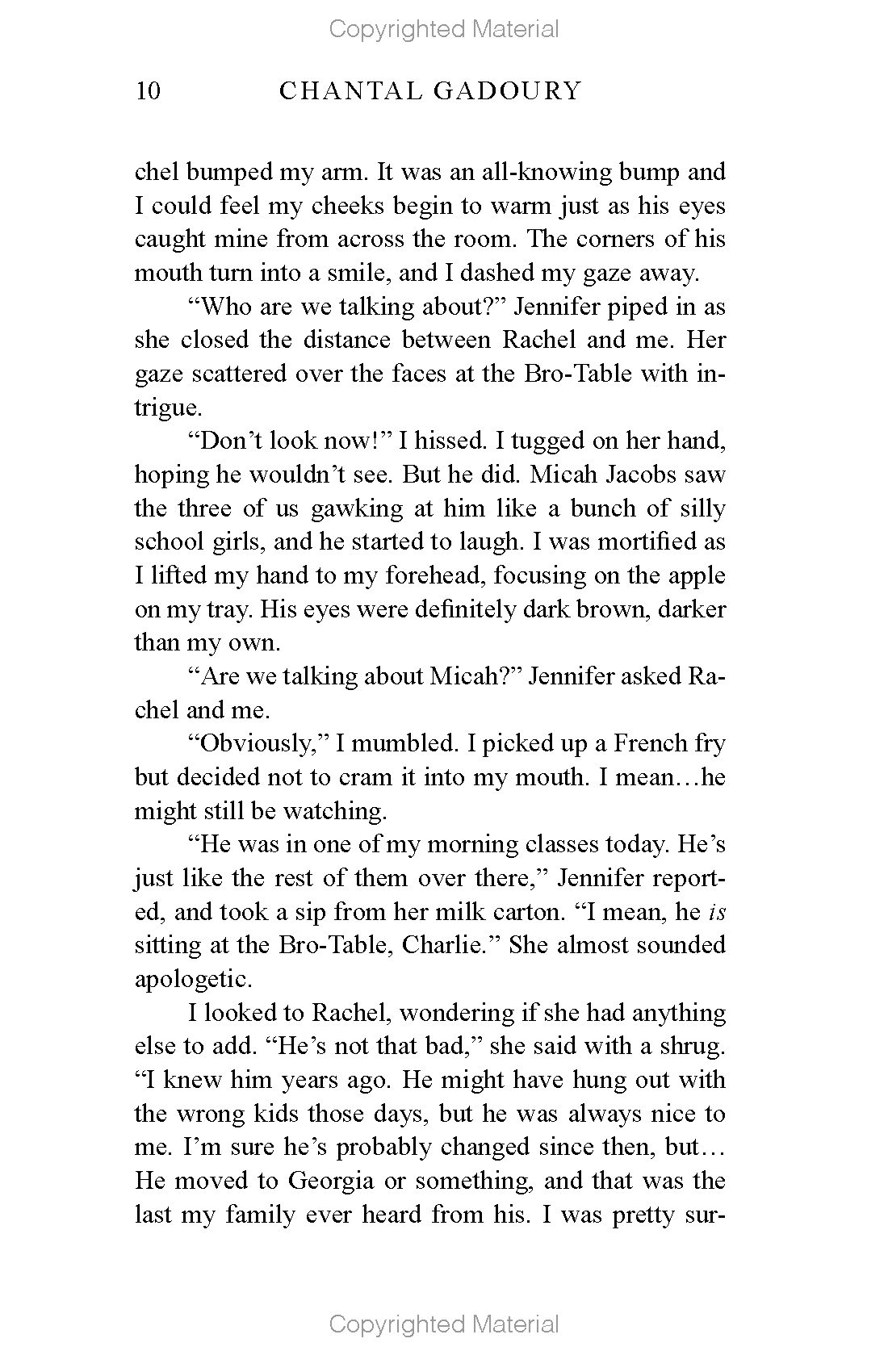 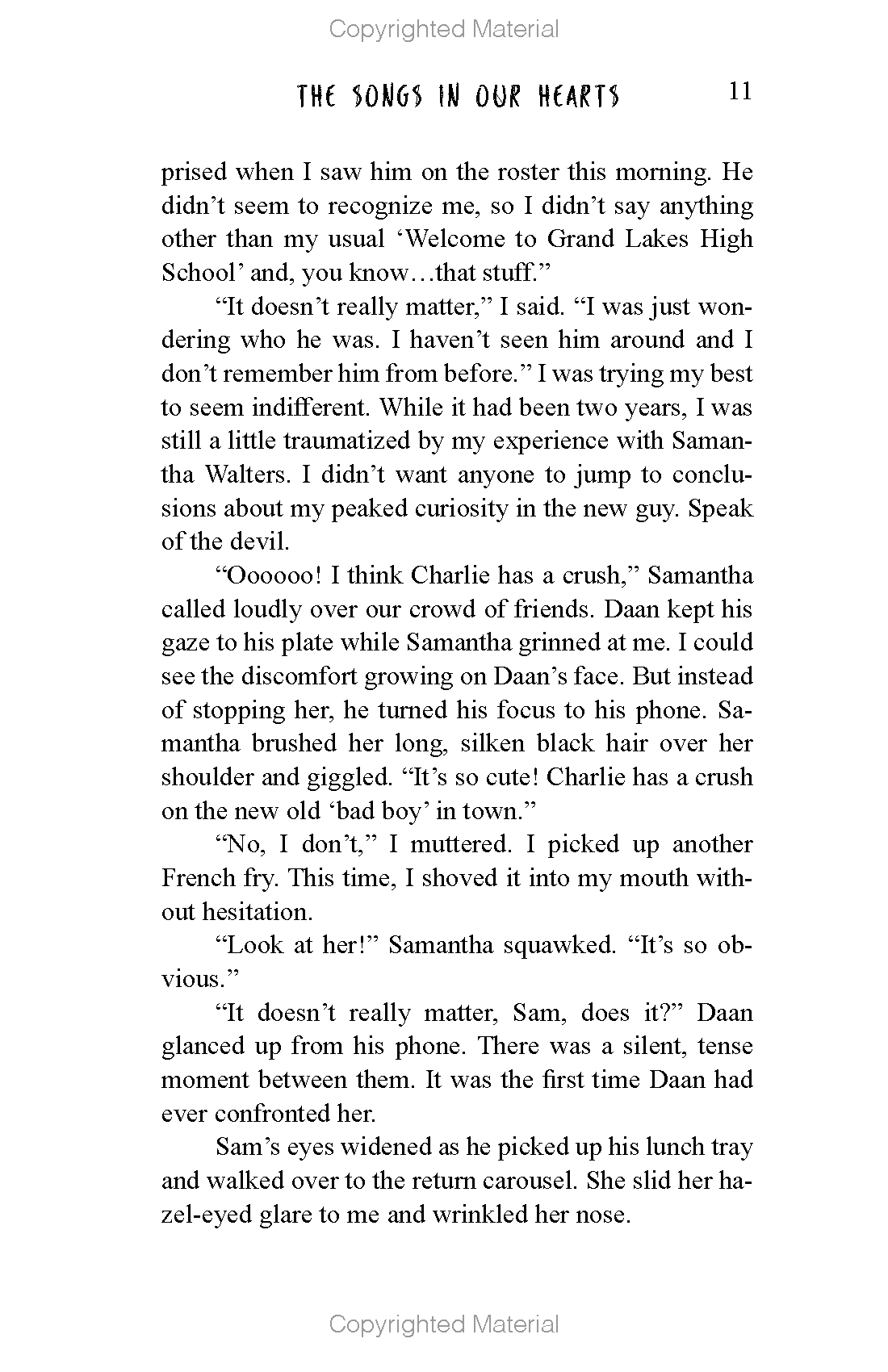 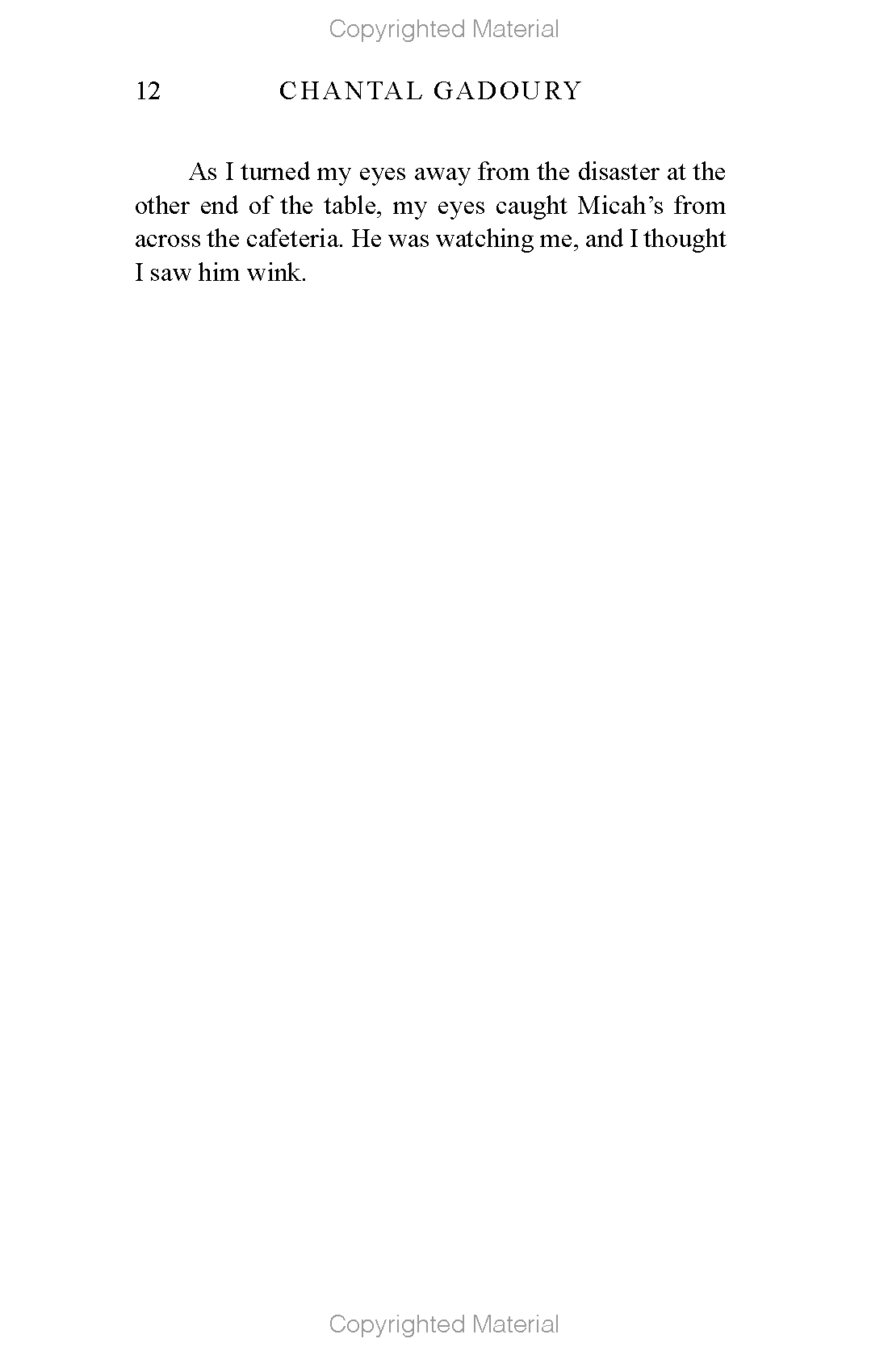 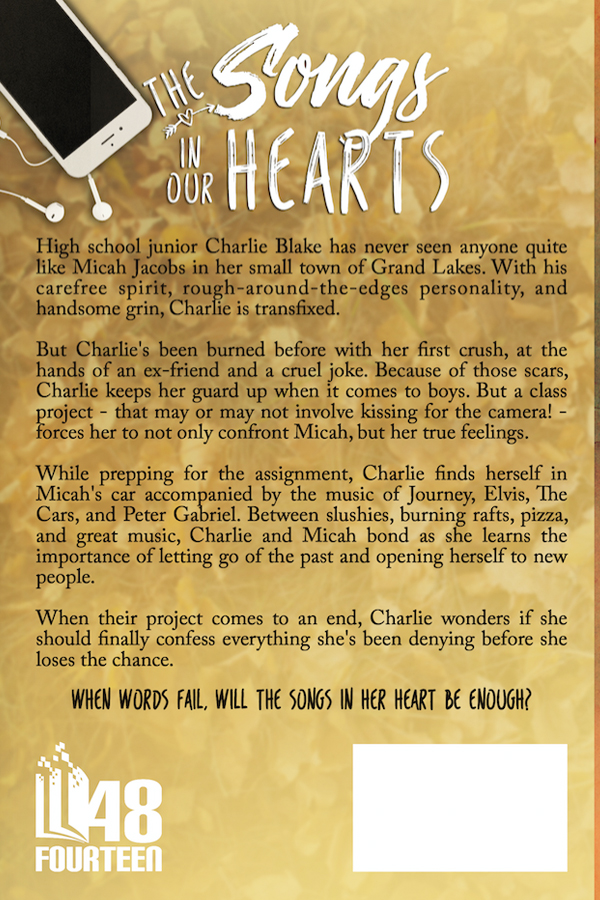 High school junior Charlie Blake has never seen anyone quite like Micah Jacobs in her small town of Grand Lakes. With his carefree spirit, rough-around-the-edges personality, and handsome grin, Charlie is transfixed.

But Charlie’s been burned before with her first crush, at the hands of an ex-friend and a cruel joke. Because of those scars, Charlie keeps her guard up when it comes to boys. But a class project – that may or may not involve kissing for the camera! – forces her to not only confront Micah, but her true feelings.

While prepping for the assignment, Charlie finds herself in Micah’s car accompanied by the music of Journey, Elvis, The Cars, and Peter Gabriel. Between slushies, burning rafts, pizza, and great music, Charlie and Micah bond as she learns the importance of letting go of the past and opening herself to new people.

When their project comes to an end, Charlie wonders if she should finally confess everything she’s been denying before she loses the chance. When words fail, will the songs in her heart be enough?

Chantal is a 2011 graduate from Susquehanna University with a degree in Creative Writing. Since graduation, she has published two novels, “Seven Seeds of Summer” in March of 2014 with Waldorf Publishing and “Allerleirauh” in December of 2015 with Amazon Digital Services, LLC. Writing novels for Chantal has become a life-long dream come true!

When she’s not writing a book, she enjoys painting, drinking lots of DD Carmel Mocha Iced Coffee, watching Disney classics, and play-writing on Tumblr with friends. Chantal lives in Muncy, Pennsylvania with her Mom, Sister and furry-‘brother’ (aka, puppy) Taran.