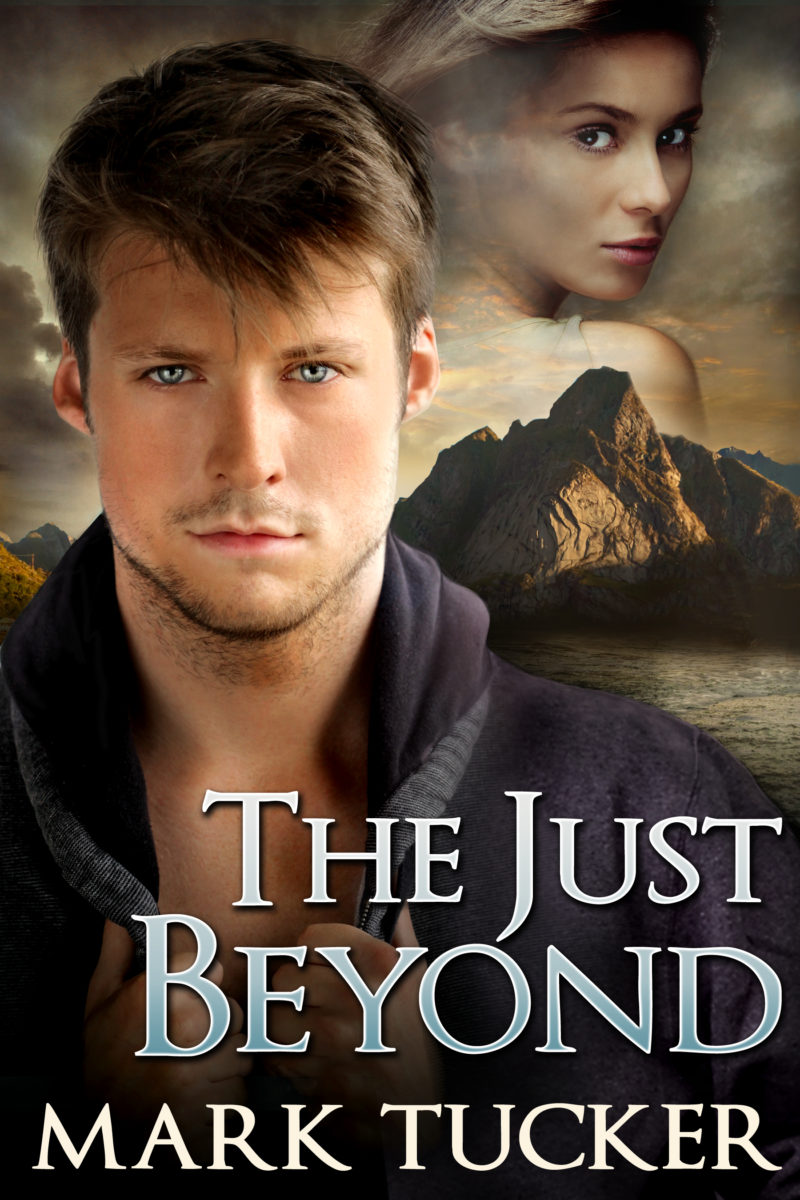 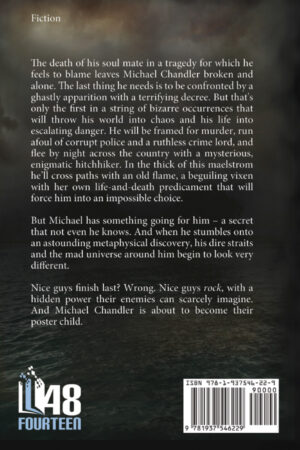 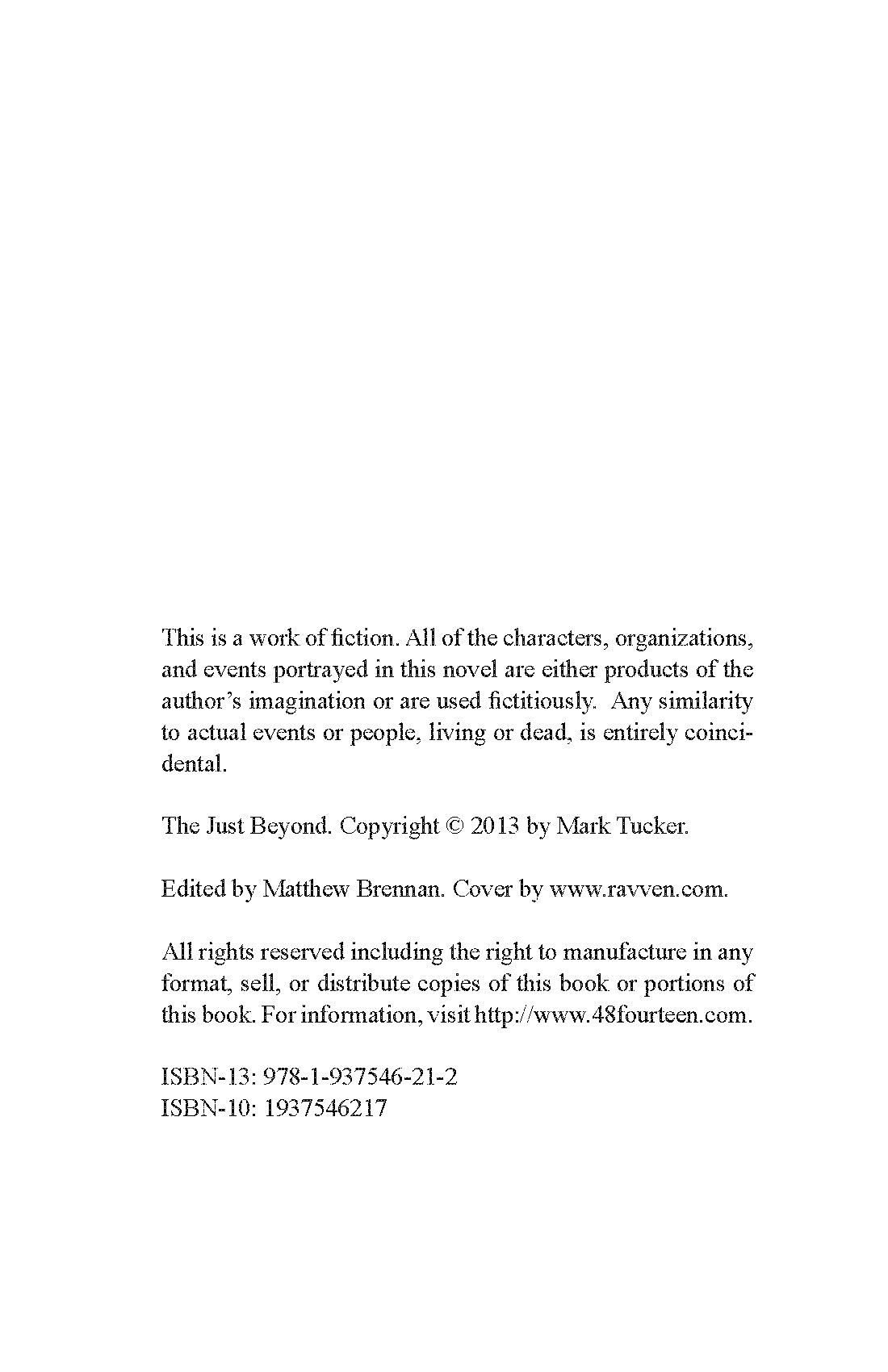 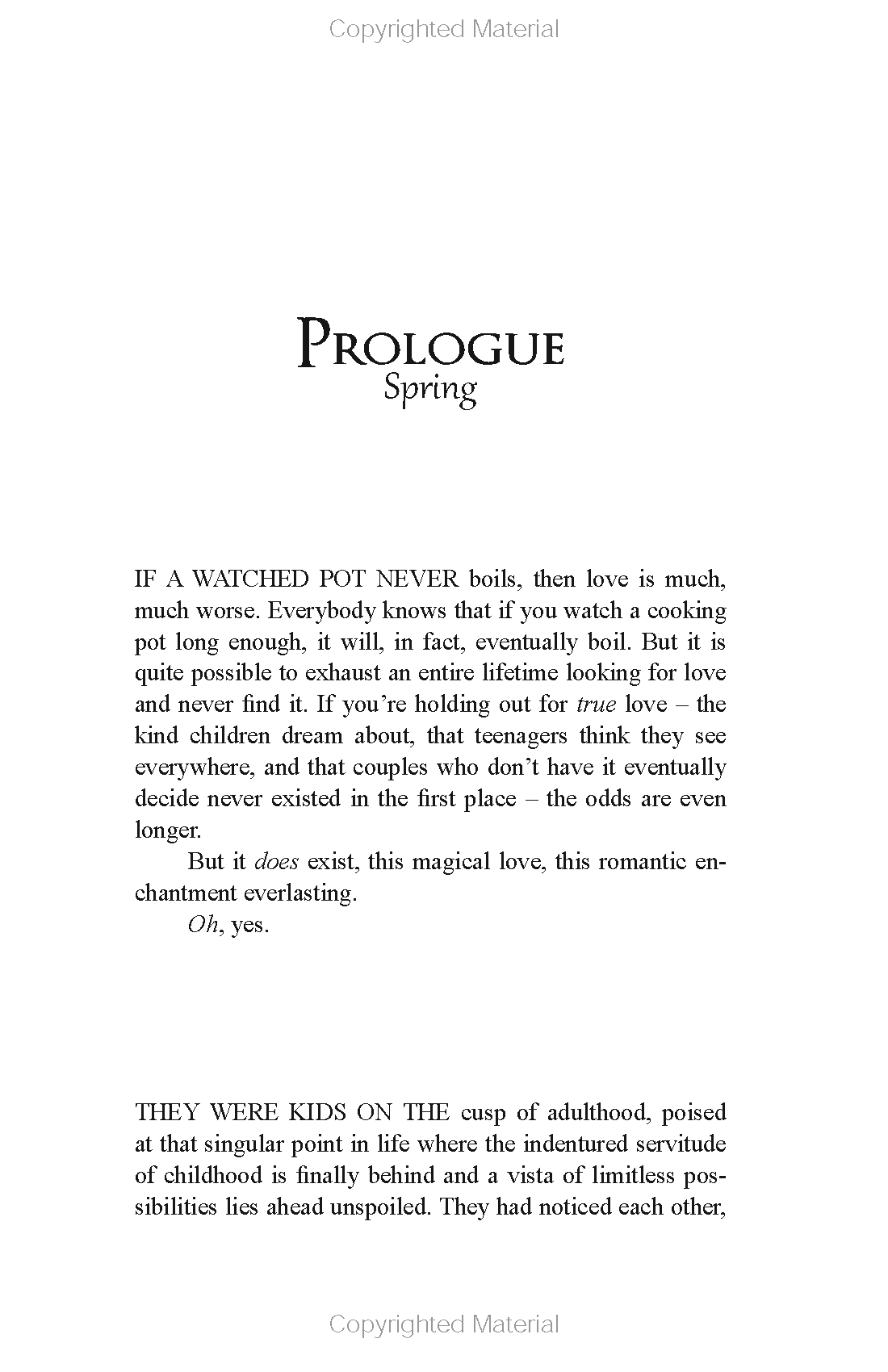 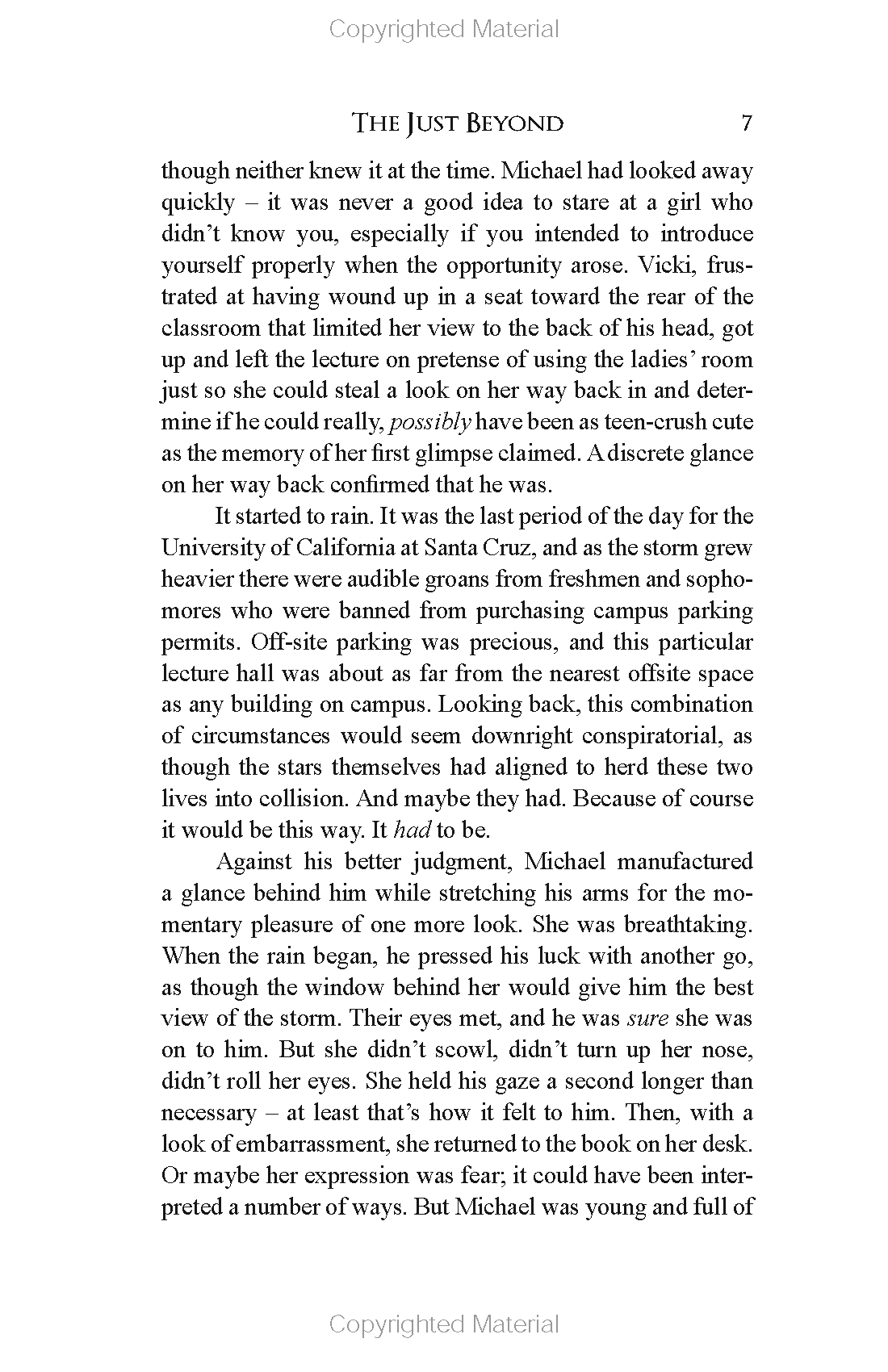 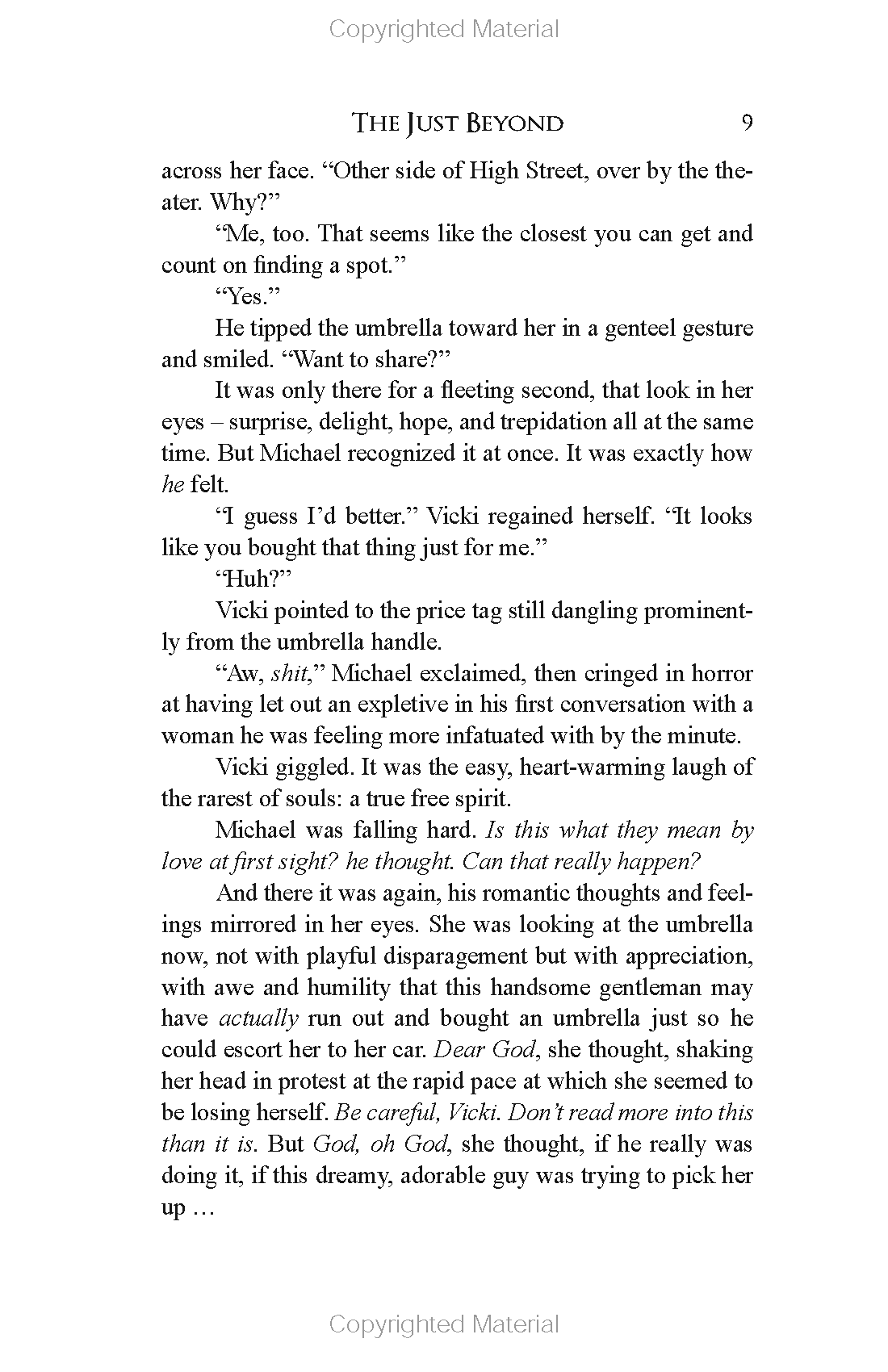 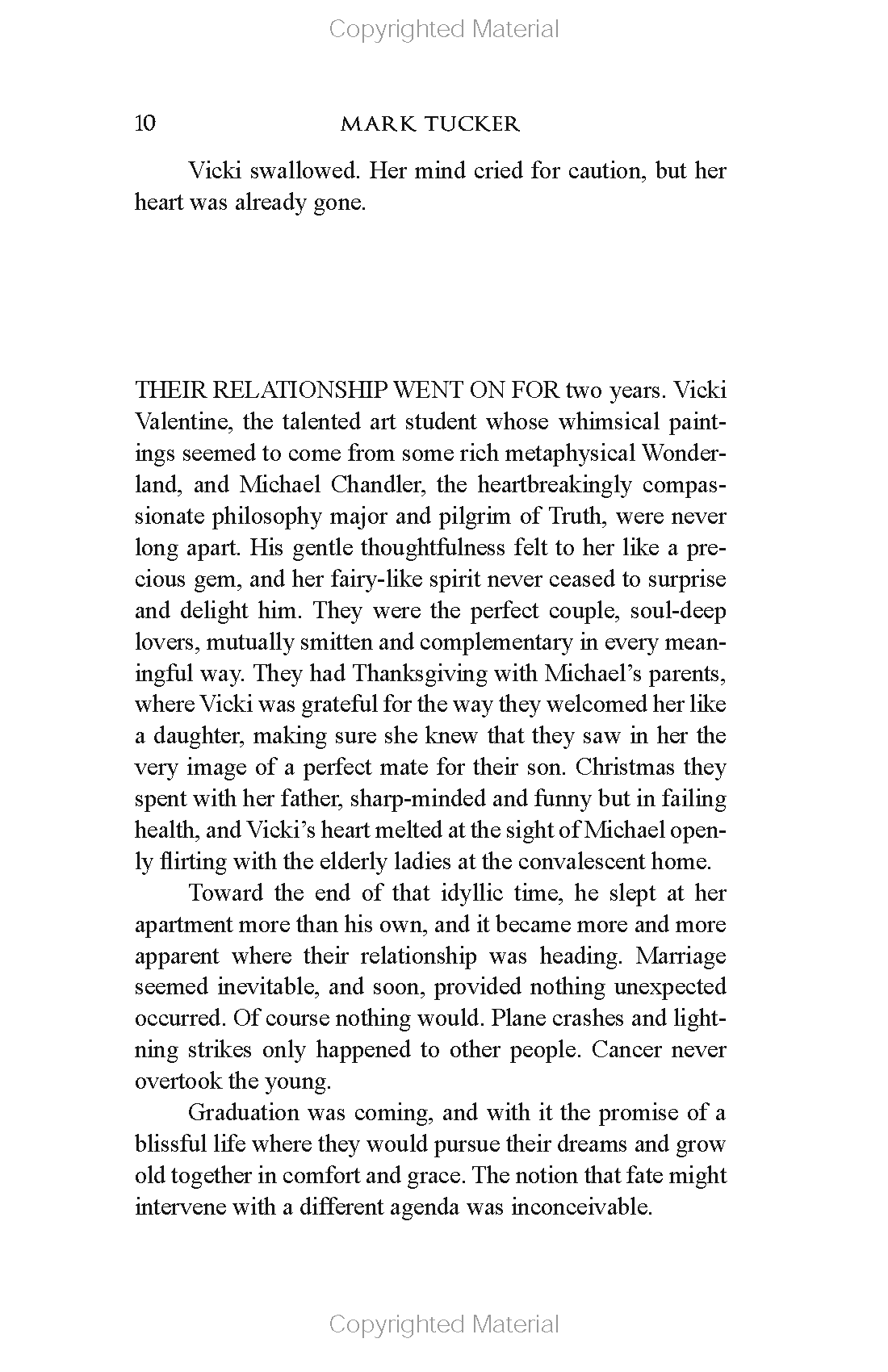 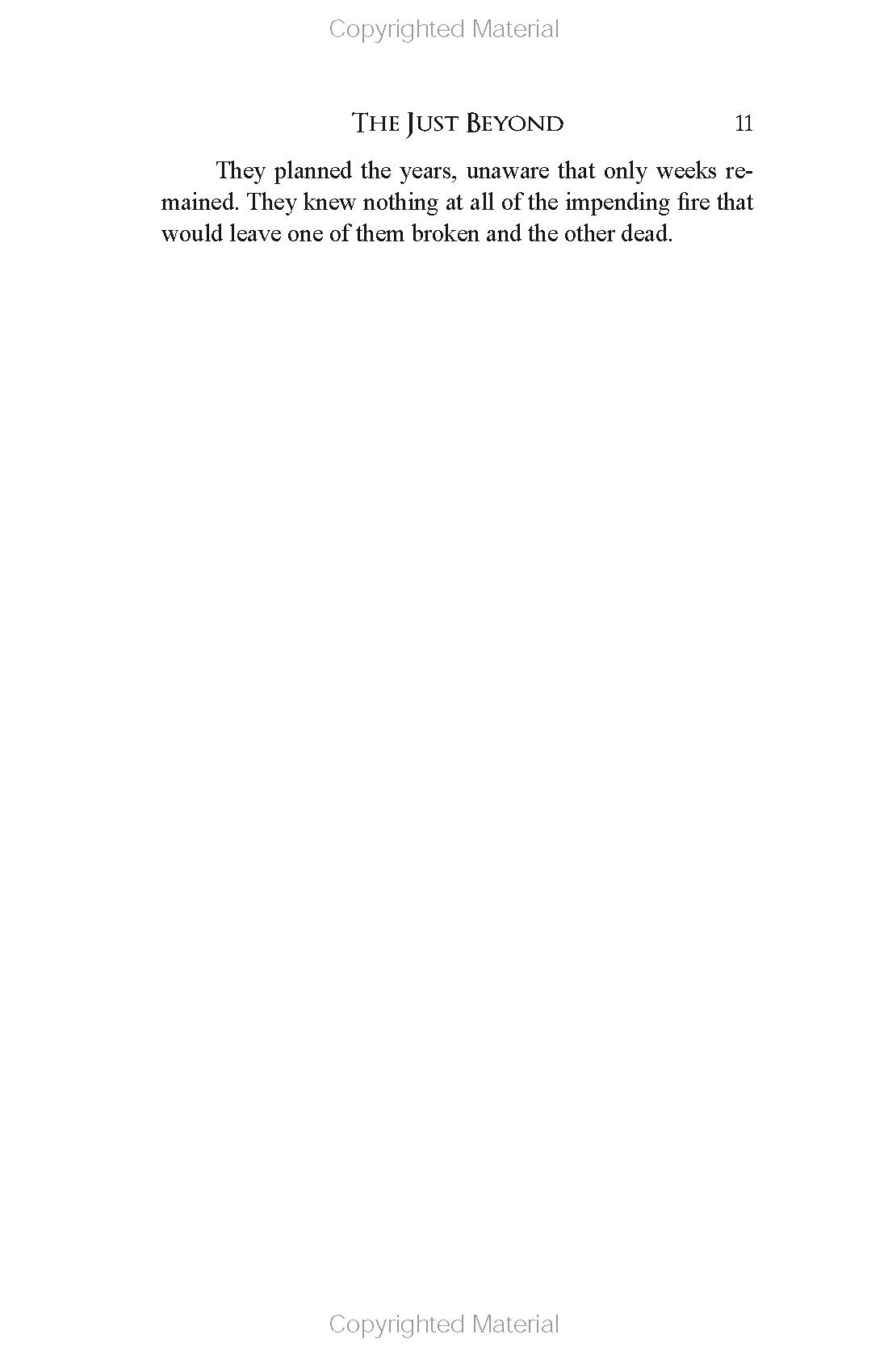 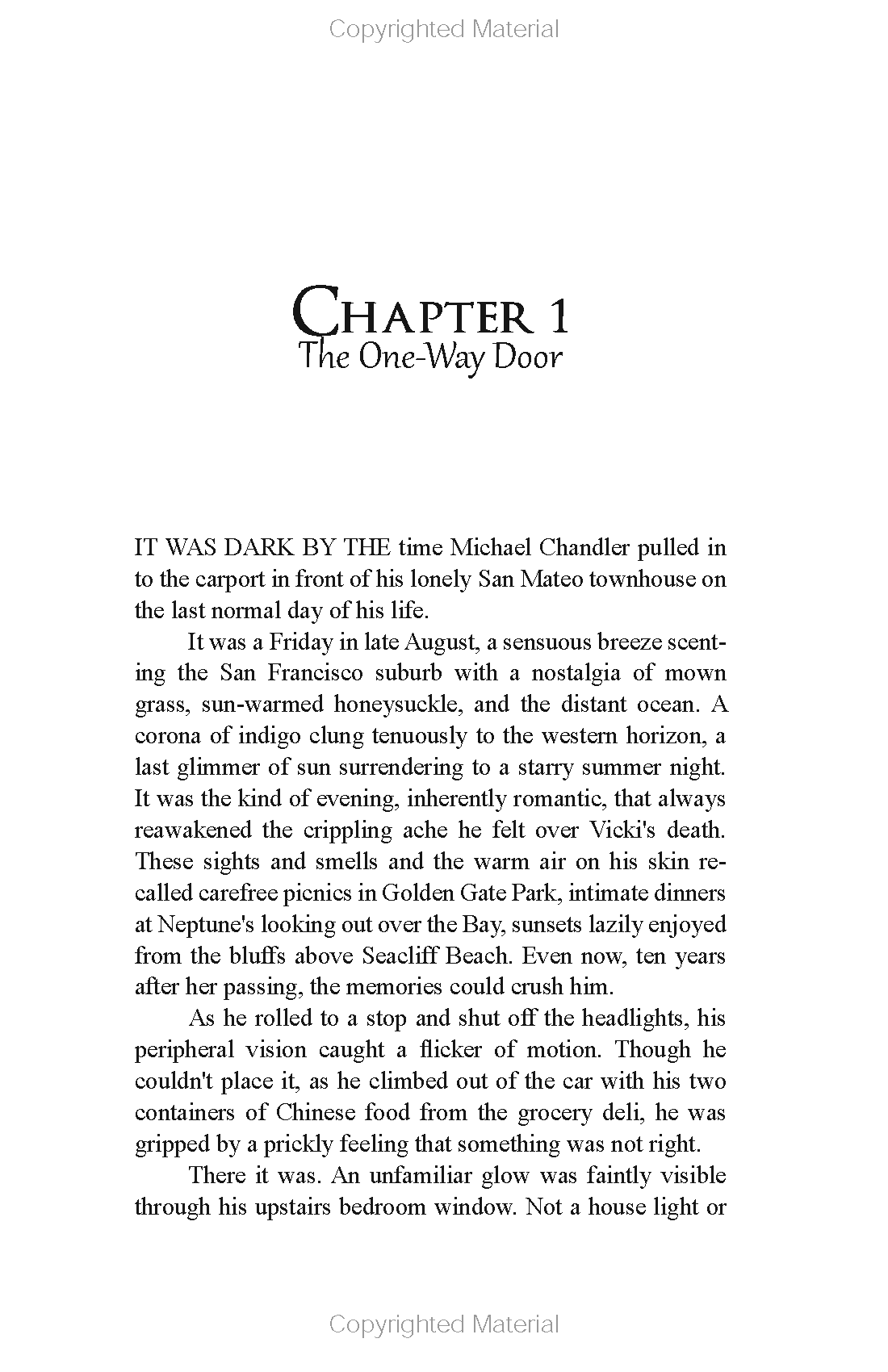 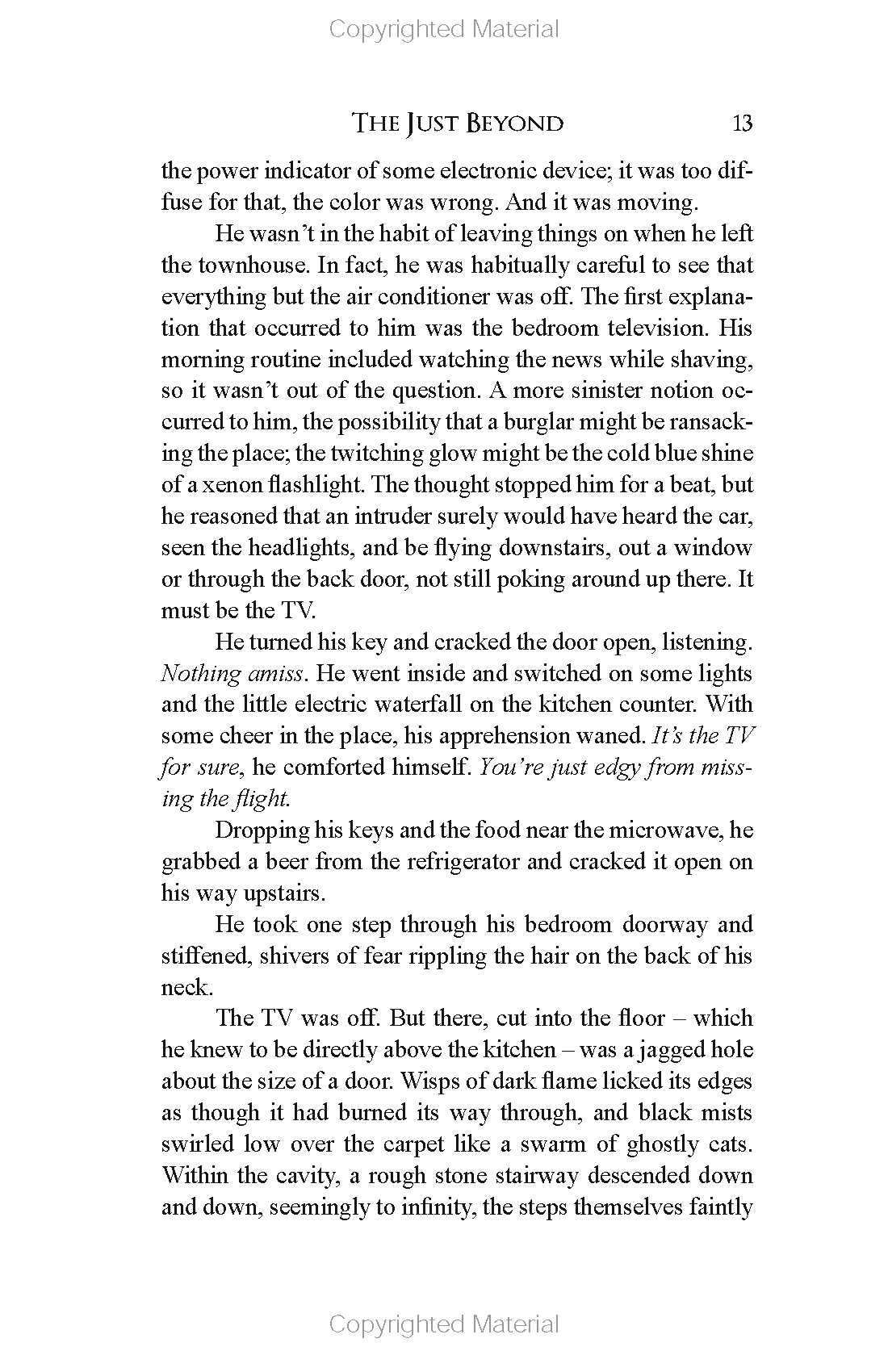 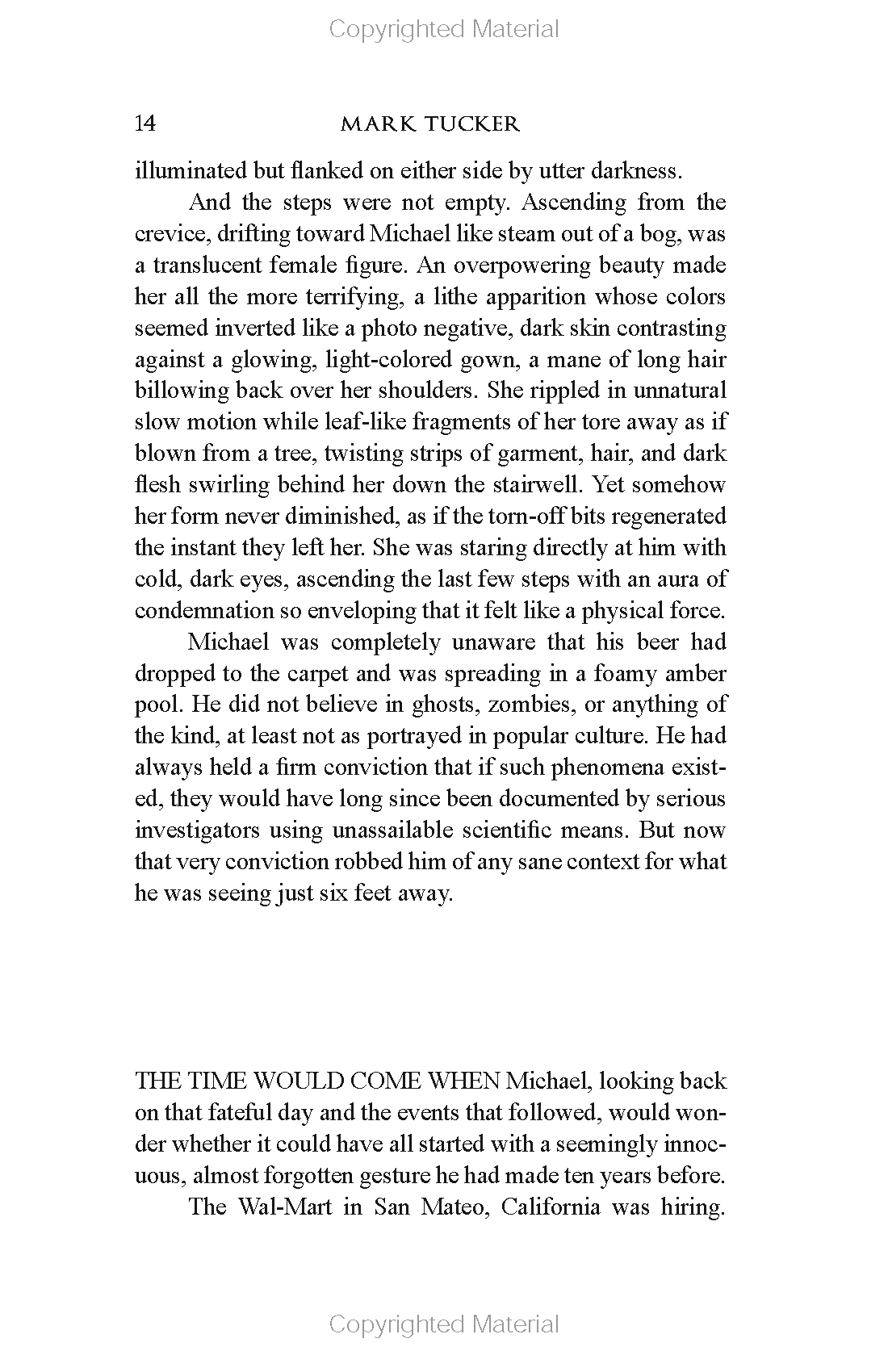 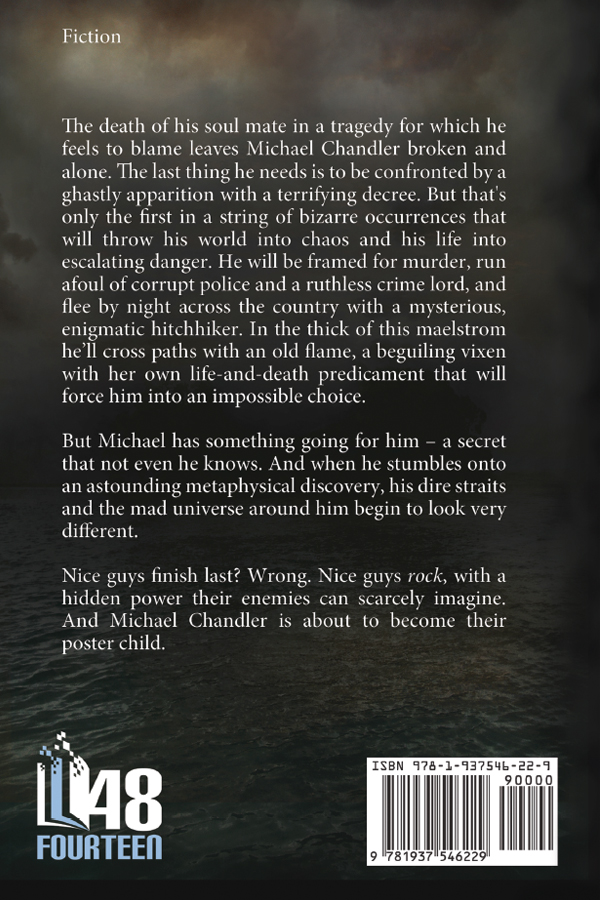 The death of his soul mate in a tragedy for which he blames himself leaves Michael Chandler broken and alone. The last thing he needs is for a terrifying apparition to appear with an ominous decree. But that’s only the first in a string of eerie occurrences that will throw his world into chaos and his life into escalating danger. Scared out of his mind, he will be framed for a murder, run afoul of police and a ruthless criminal, and flee by night across the country with a mysterious, enigmatic hitchhiker. In the thick of this maelstrom he’ll cross paths with an old flame, a beguiling vixen with her own life-and-death predicament that will force Michael into an impossible choice.

But Michael has something going for him – a secret that not even he knows. And when he stumbles onto an astounding metaphysical discovery, his dire straits and the mad universe around him begin to look very different.

Nice guys finish last? Wrong. Nice guys rock, with a hidden power their enemies can scarcely imagine. And Michael Chandler is about to become their poster child.

Once upon a time, Mark Tucker walked away from a perfectly good job in a Seattle law office and moved to a picturesque beach town to pursue his dreams. In addition to writing fantasy and science fiction with encouraging success, he is a musician, songwriter, audio producer, and developer of computer games. He fancies himself a low-grade amateur scientist, hunting fossils and keeping current with developments in physics and cosmology, and counts among his dearest moments the first time he found the Andromeda galaxy with his telescope. He enjoys travel, the less scripted the better, and collects representative coffee mugs and Hard Rock Café City Tee shirts from the locales he visits. A collection of African and Polynesian tribal masks adorns the walls of his den. He revels in the beauty and temperament of the Hawaiian islands, and plans to settle on Kauai when circumstances permit.

Mark considers The Lord of the Rings the most satisfying fiction he has ever read, and holds writers Philip K. Dick and Jonathan Carroll in awe.

Mark’s incurable vices include a fanatical devotion to the band Genesis (to the point of sitting happily for two hours in shorts and sandals in the pouring rain for their reunion concert at the Hollywood Bowl) and an almost religious reverence for Batman. There may be therapy for this, but for Mark it is much too late.

Be the first to review “The Just Beyond” Cancel reply

On the Other Side

The Songs We Remember