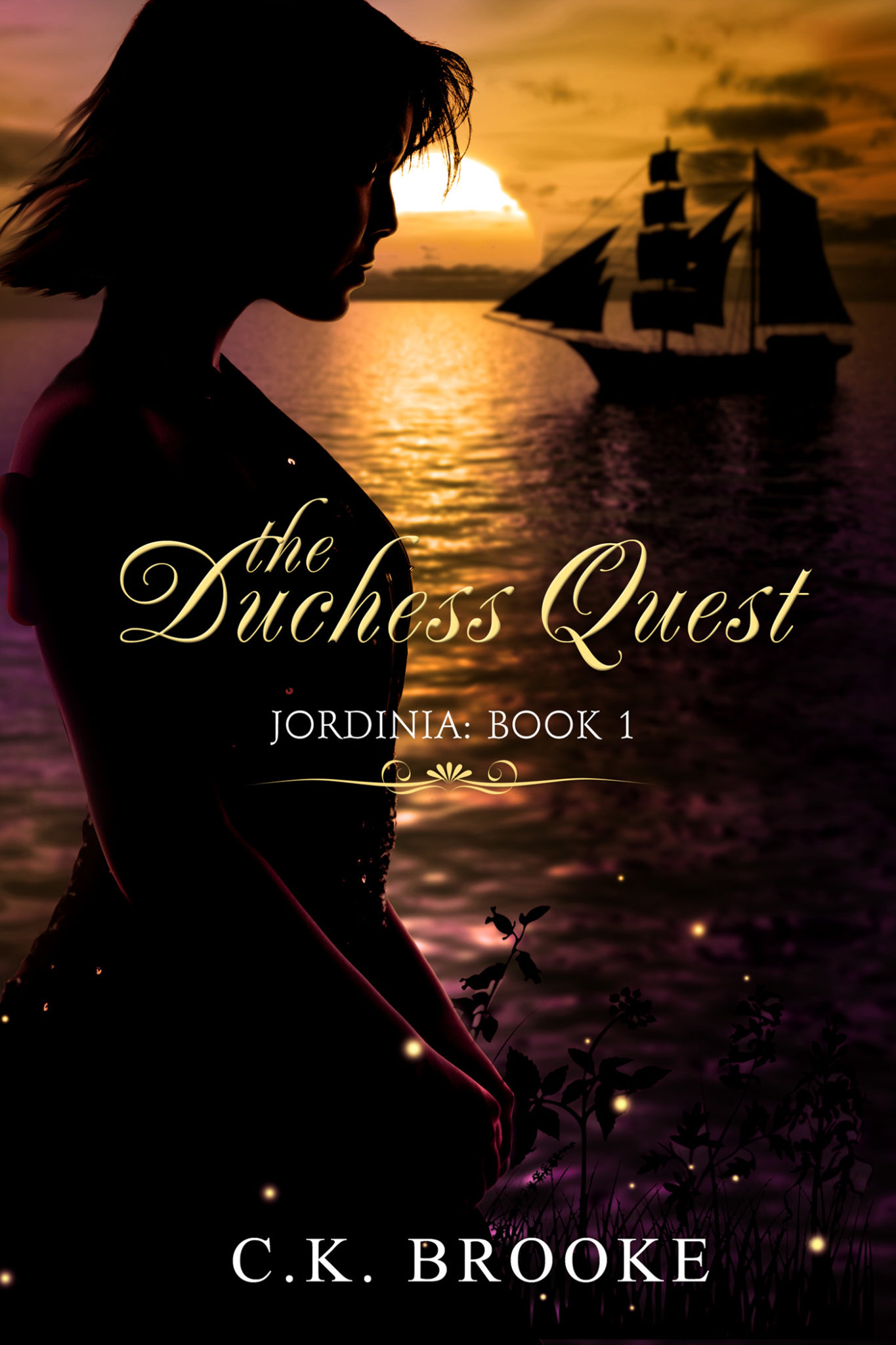 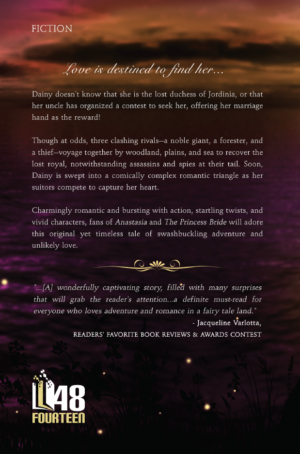 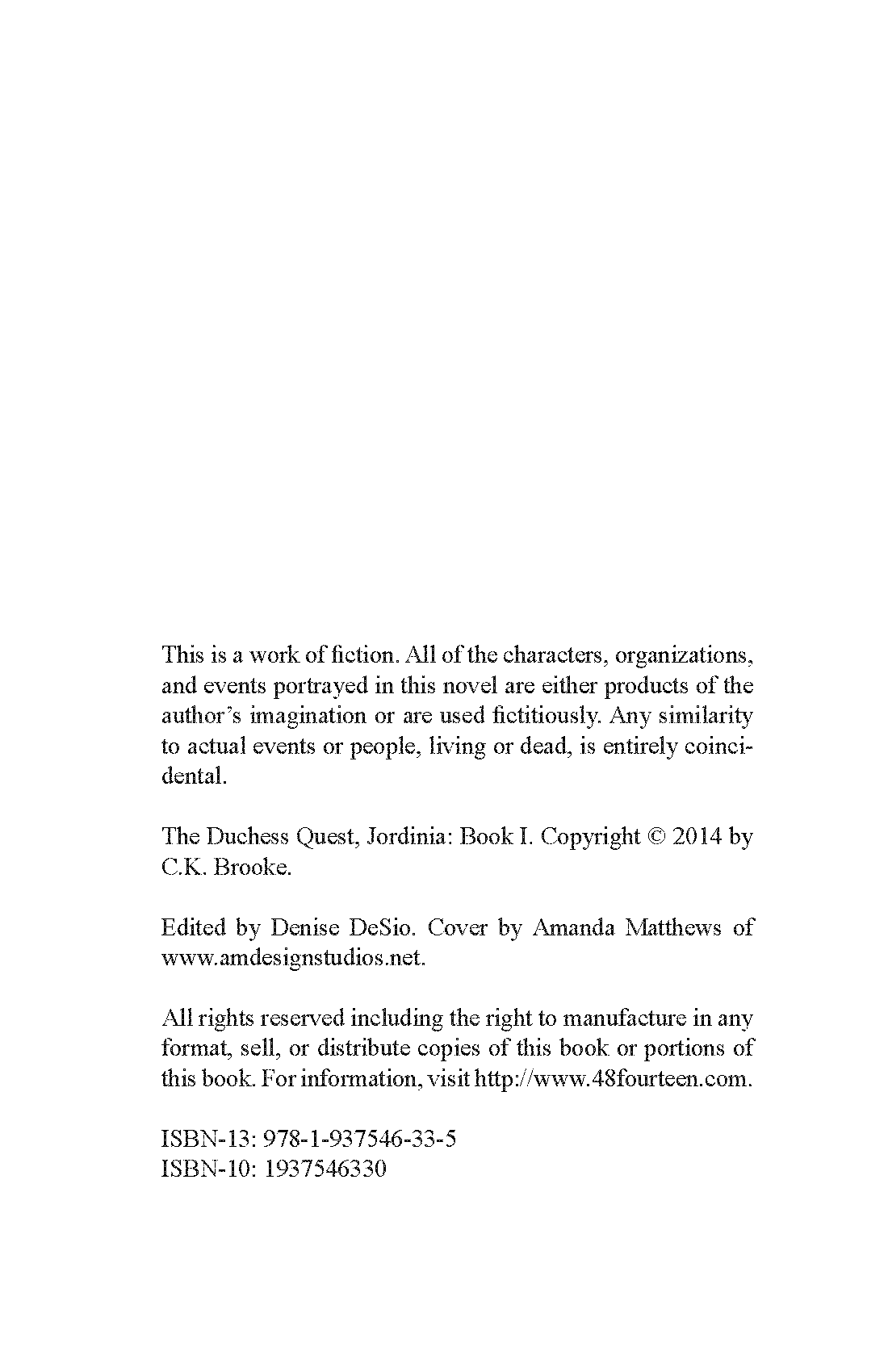 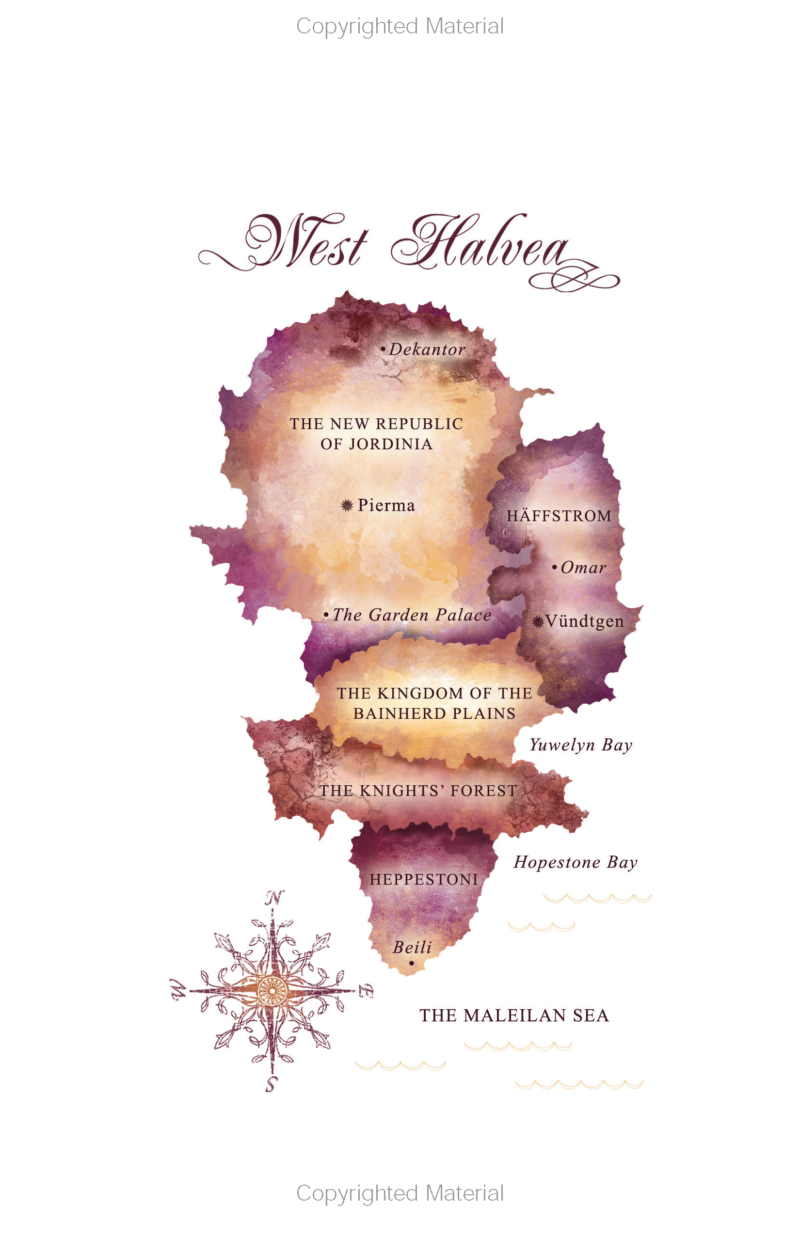 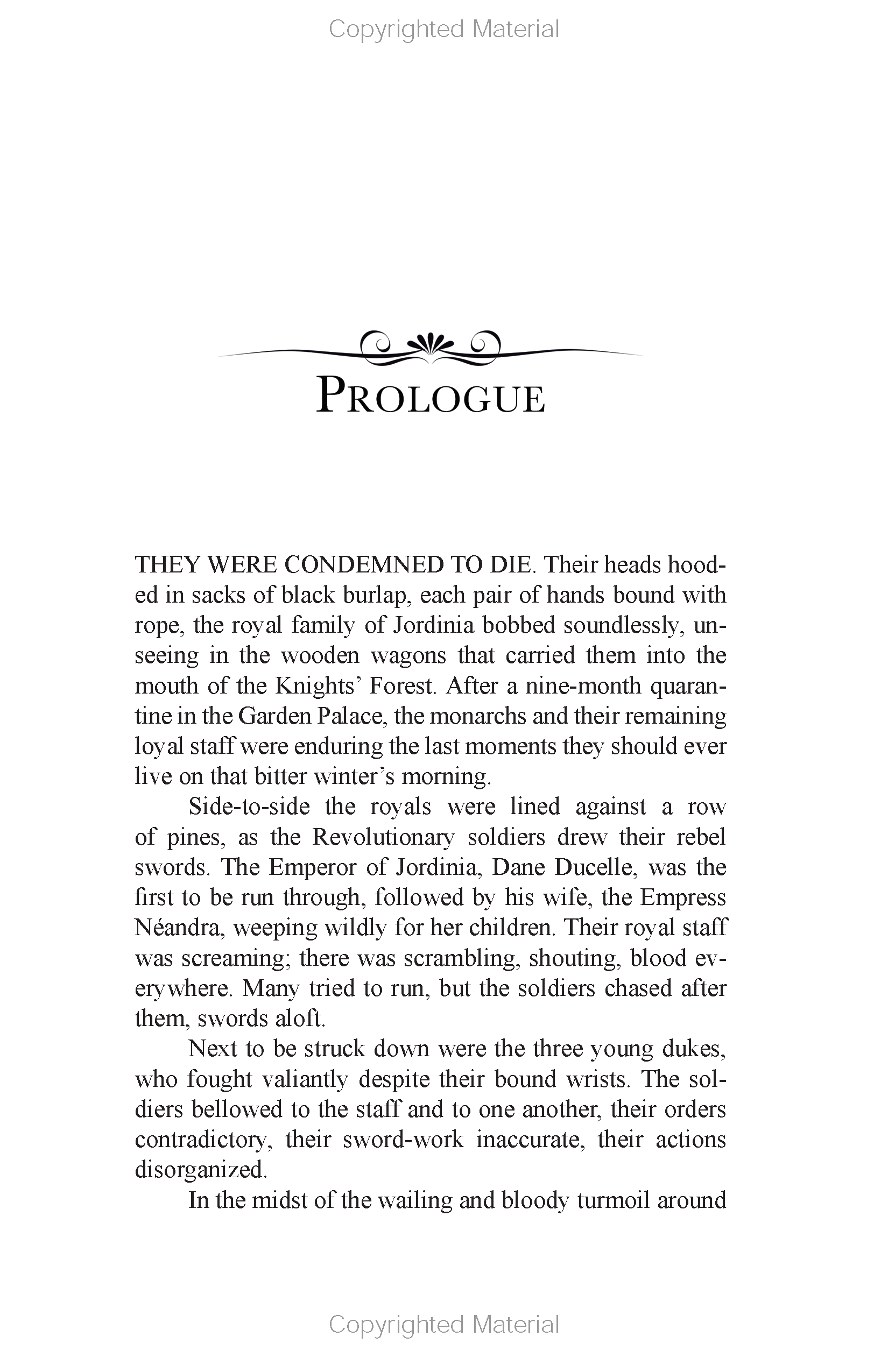 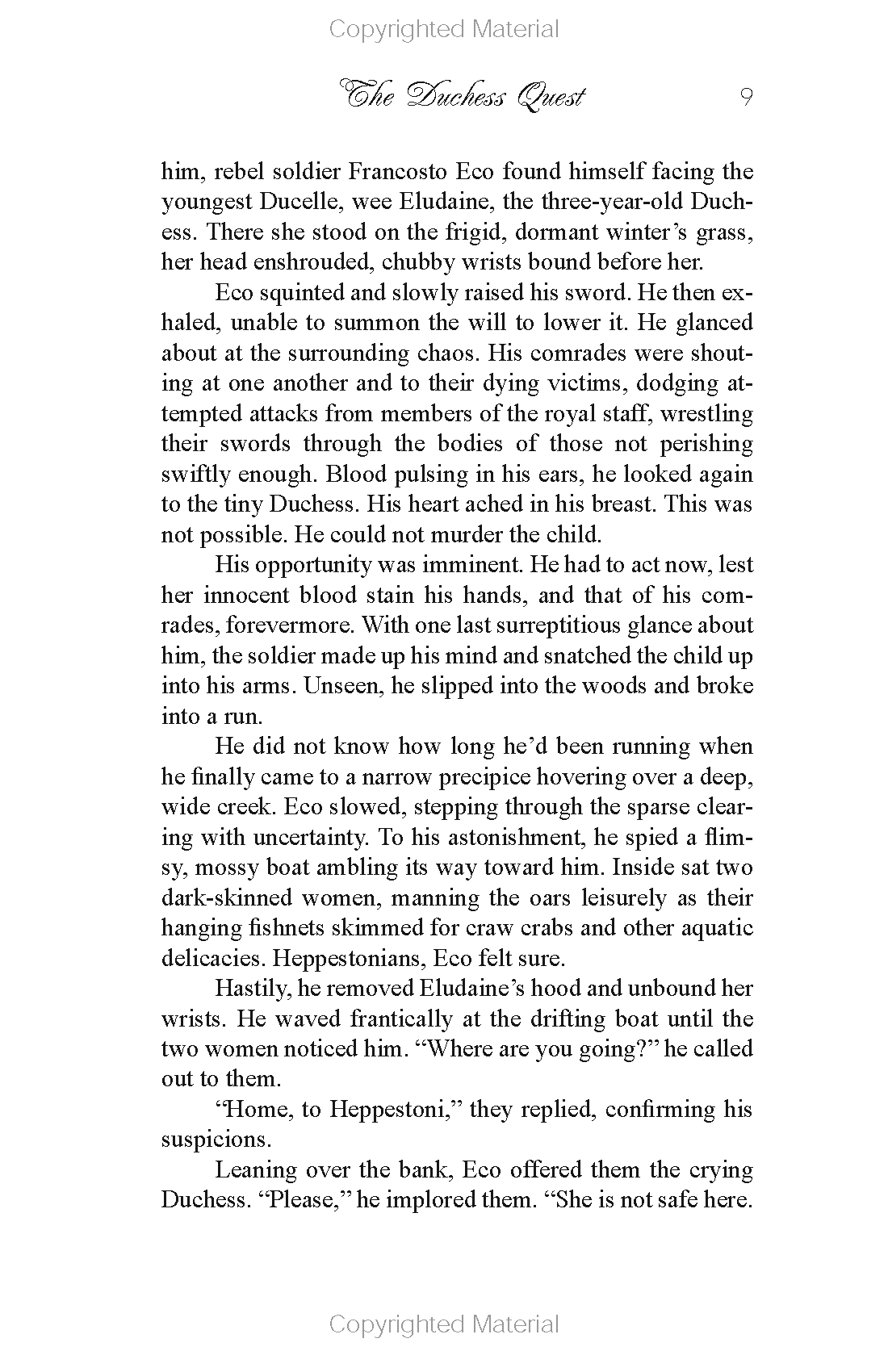 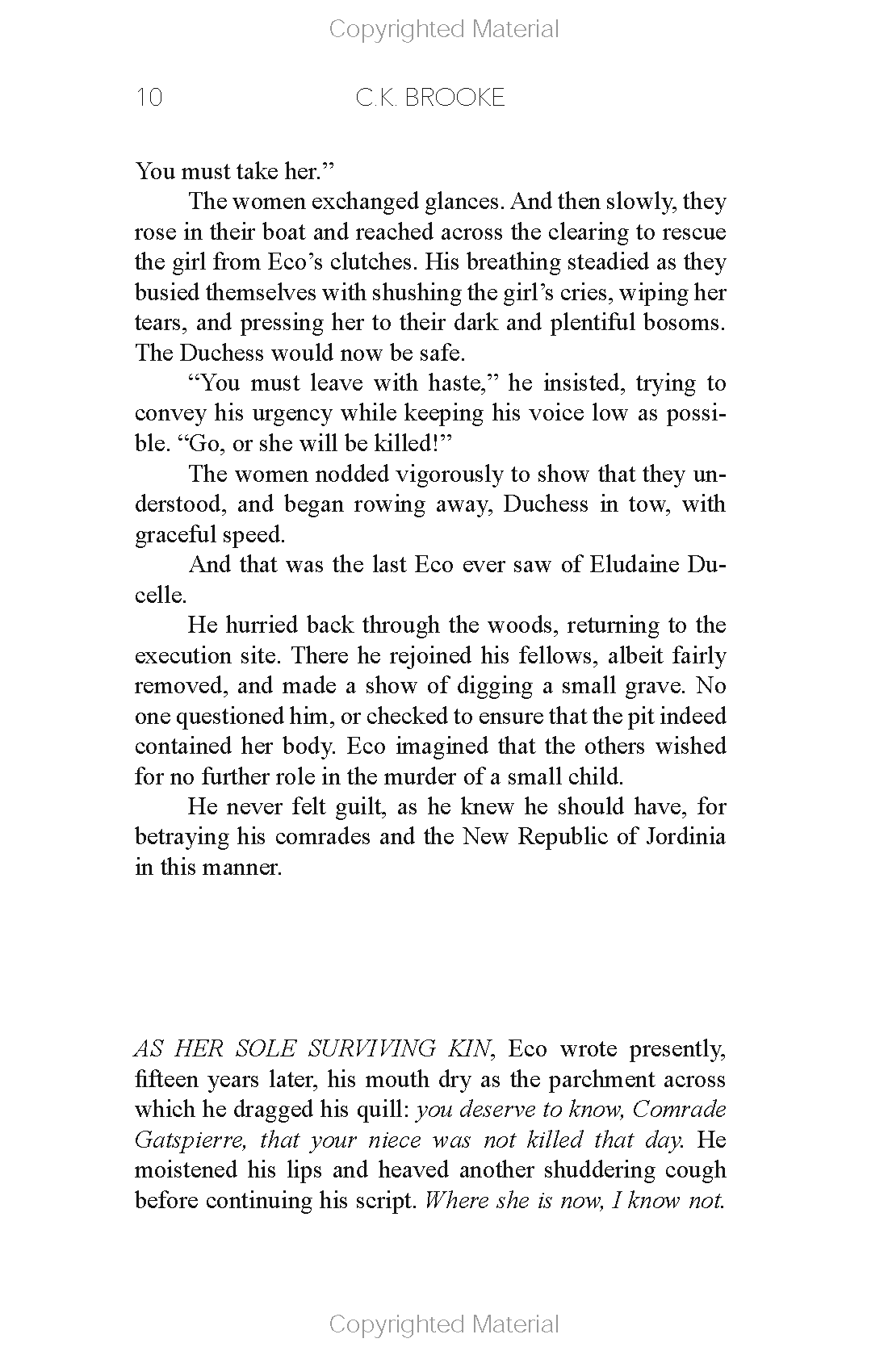 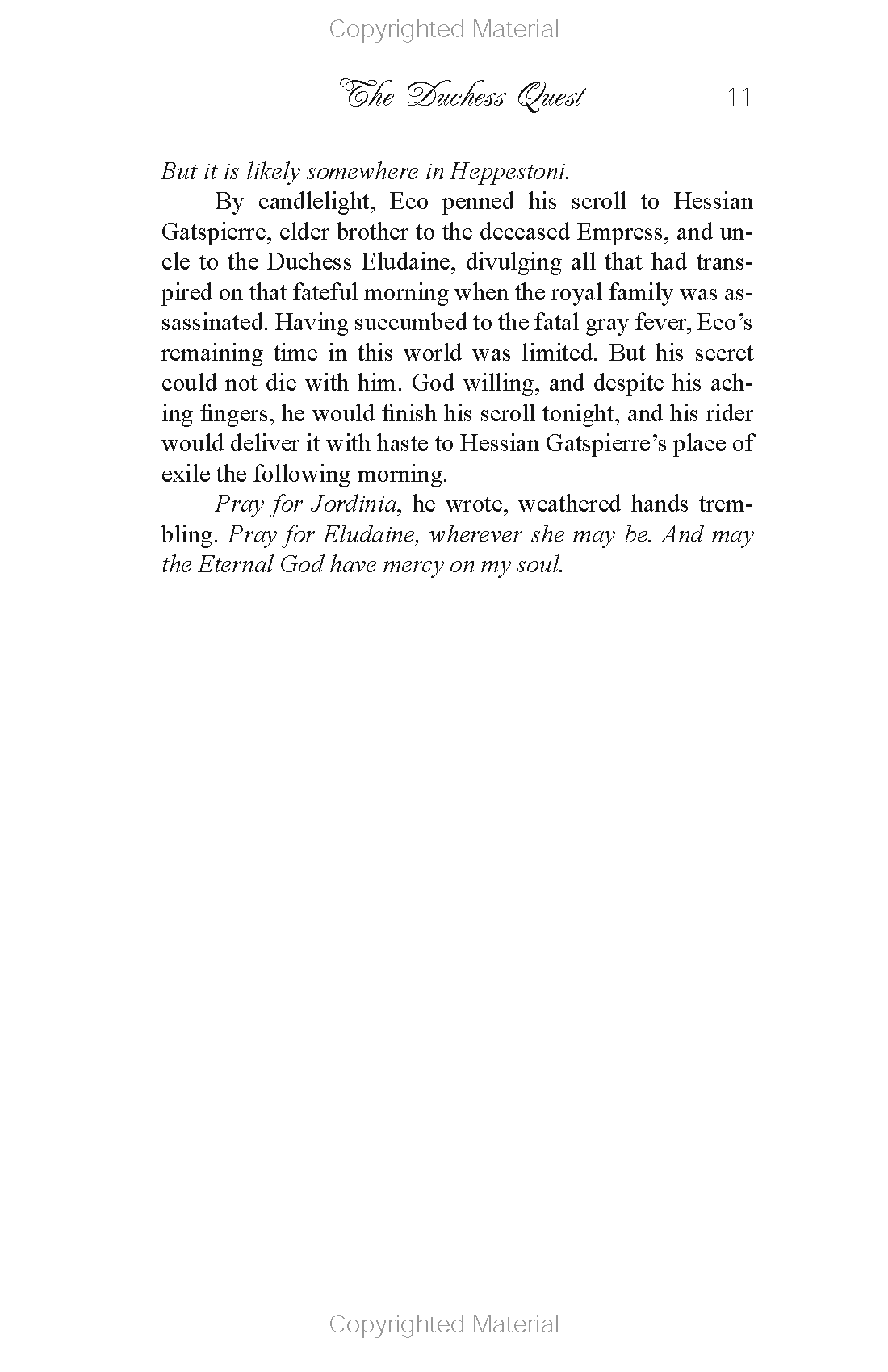 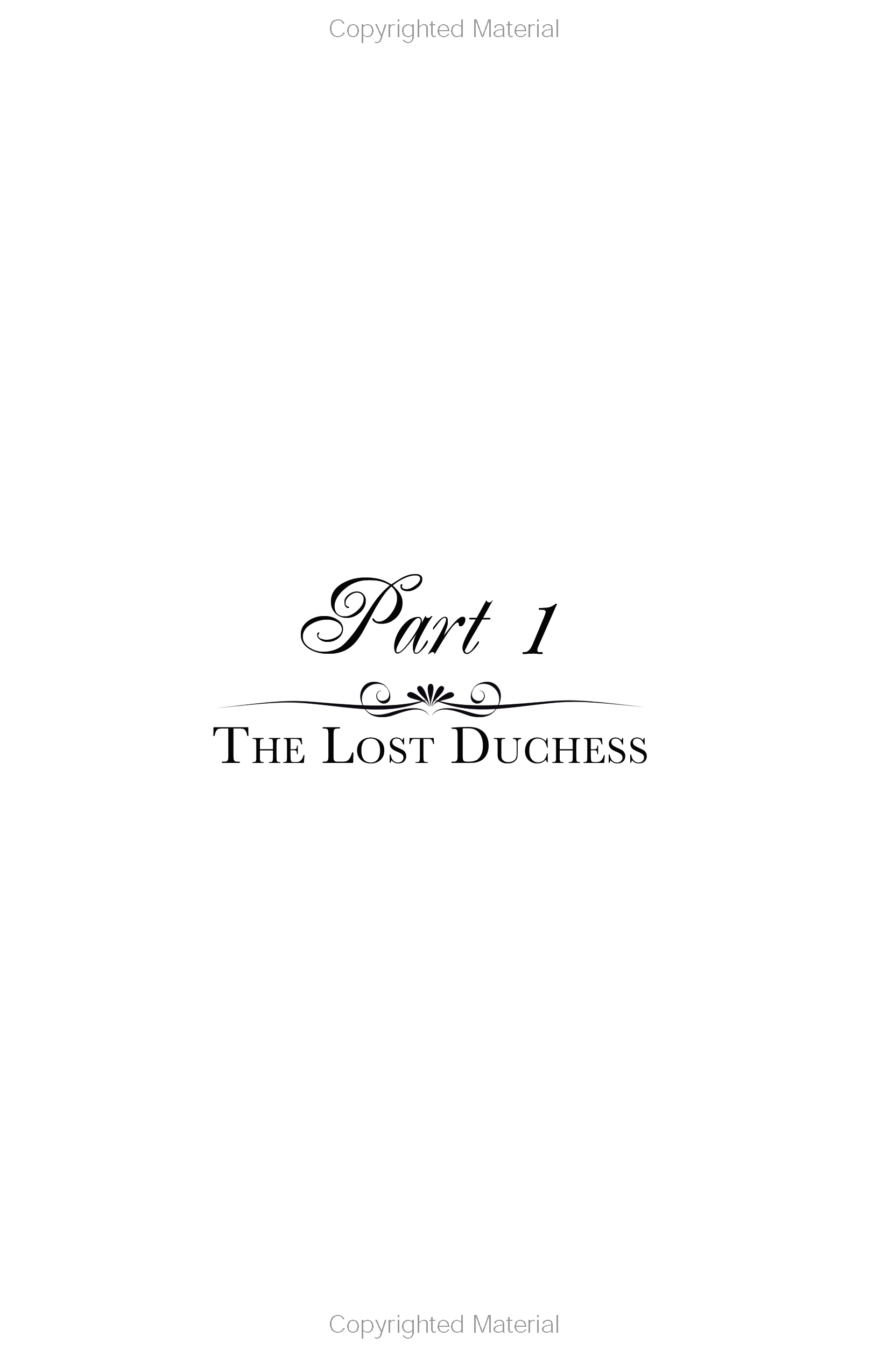 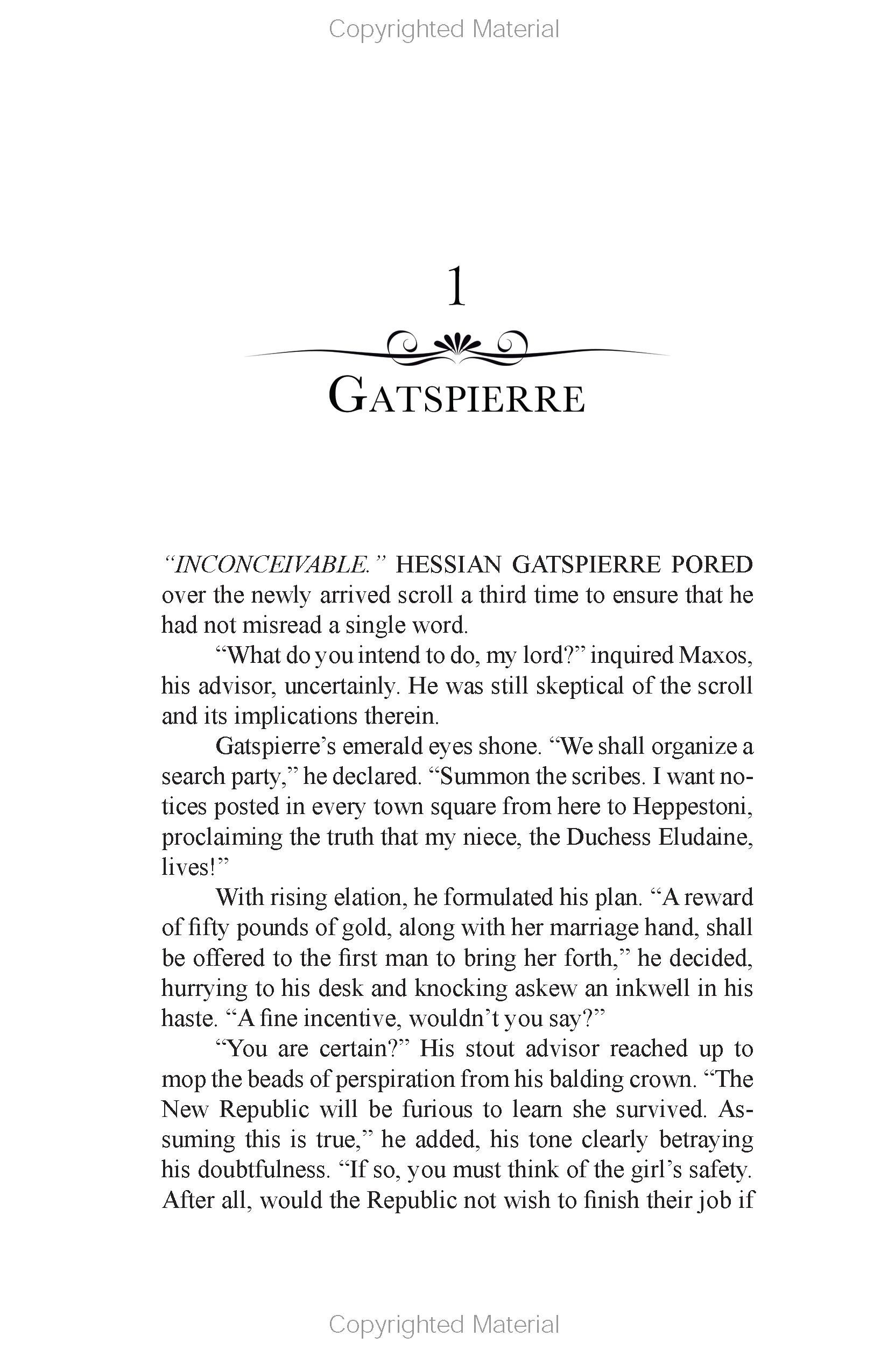 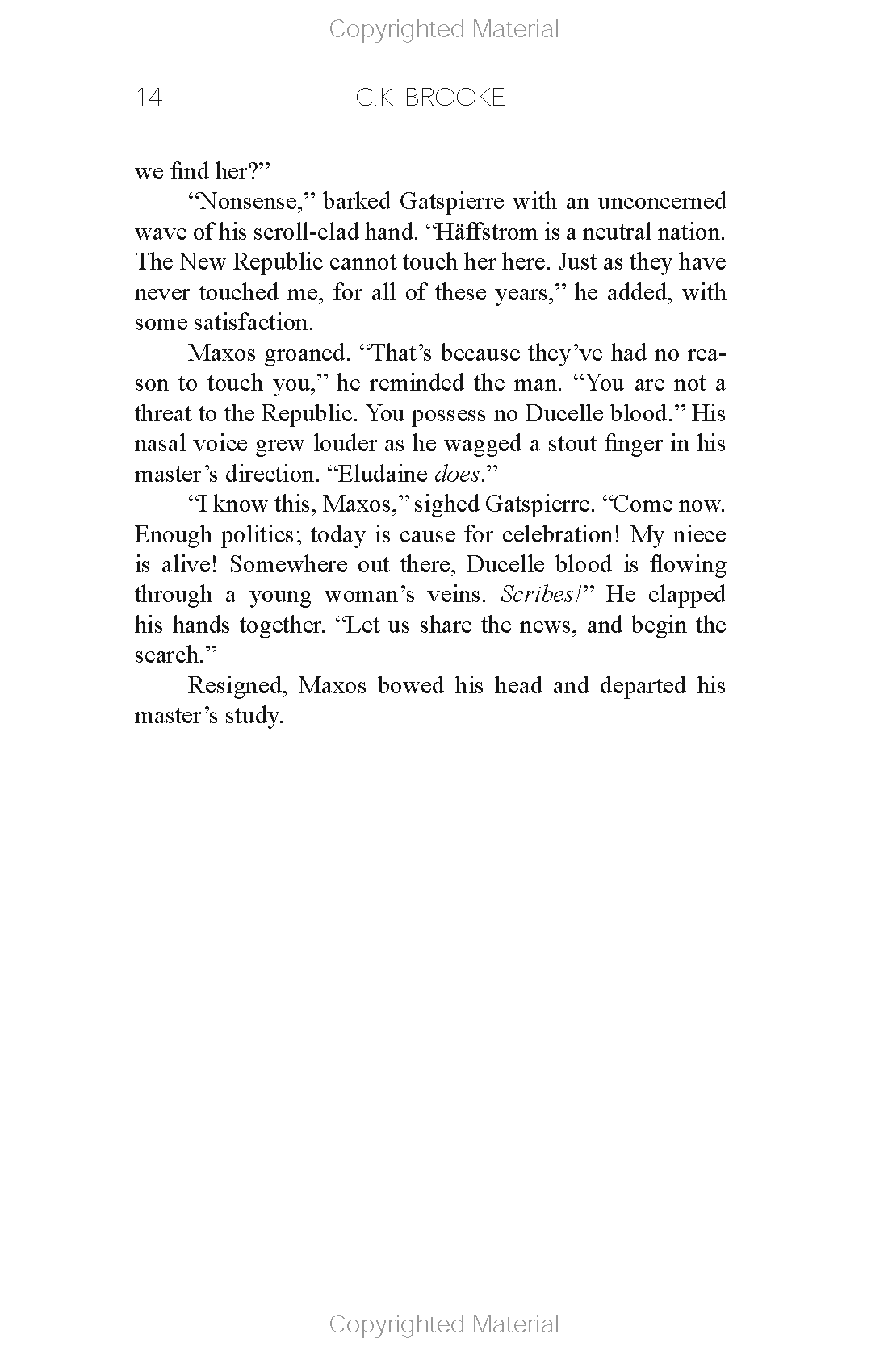 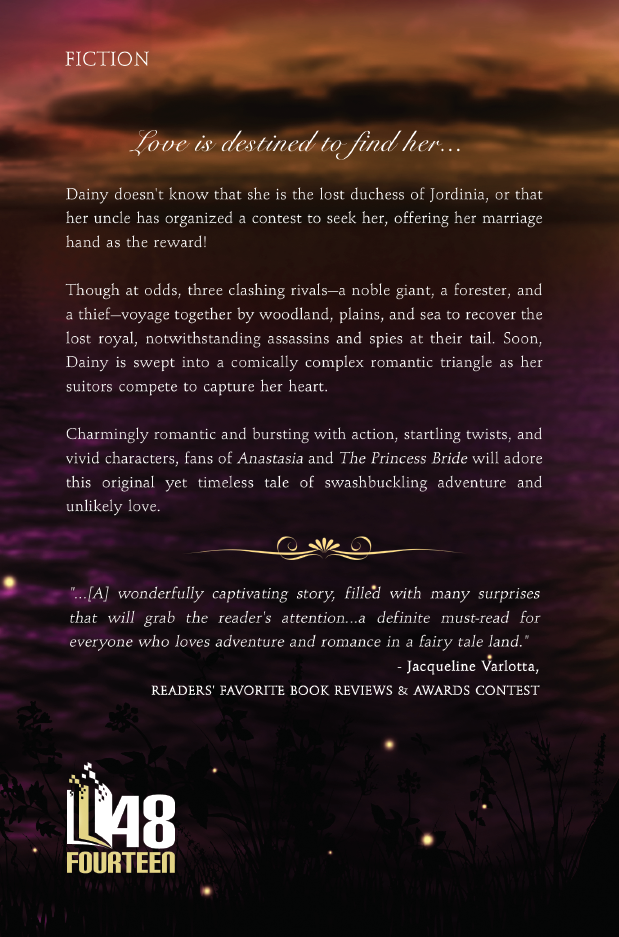 Love is destined to find her…

Dainy doesn’t know that she is the lost Duchess of Jordinia, believed to have been assassinated fifteen years ago. Nor does she know that her uncle has implemented an illegal contest to seek her, offering her marriage hand as the reward!

Though at odds, three clashing rivals – including a noble giant, a forest dweller and a thieving rake – voyage together by woodland, prairie and sea to recover the lost royal, notwithstanding the assassins and spies at their tail. Soon, young Dainy is swept into a comically complex romantic quadrangle as each suitor competes to capture her heart.

Charmingly romantic and bursting with political intrigue, startling twists and vivid characters, readers of romance and fantasy alike will adore this original yet timeless tale of swashbuckling adventure and unlikely love.

C.K. Brooke is the author of over a dozen romantic fantasy novels and novellas, best known for her Jordinia series with 48fourteen and the American Pirate Romances with Limitless Publishing. Her books have been recognized by Shelf Unbound Magazine, the Global E-Book Awards, RONE Awards, Readers' Favorite, and the Mid-Michigan RWA Best Banter Contest. In 2017, her YA novel, Secrets of Artemis, won the IndieBRAG Medallion Award. She lives in metro-Detroit with her family. Visit her at www.CKBrooke.com and subscribe for books and updates.

Be the first to review “The Duchess Quest” Cancel reply