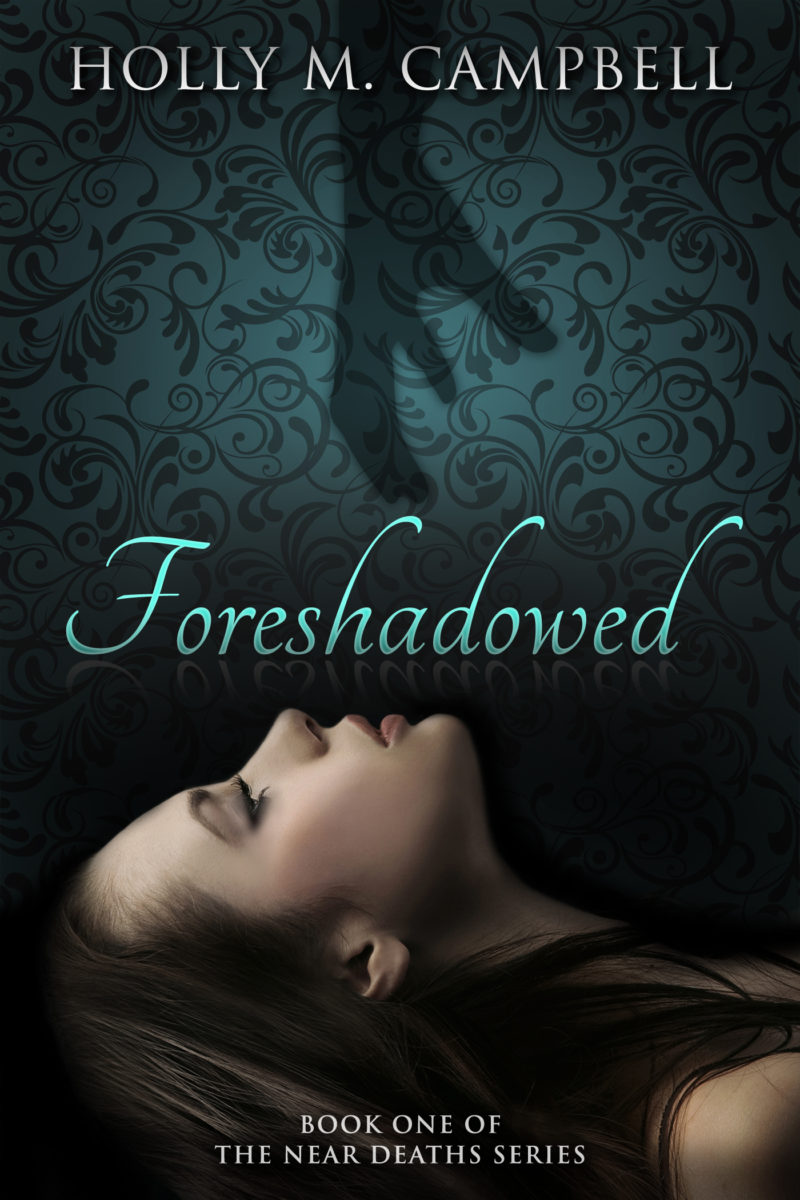 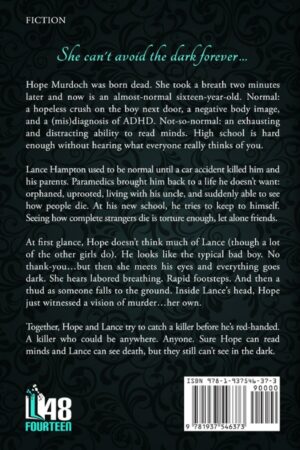 Holly M. Campbell
Rated 5.00 out of 5 based on 1 customer rating
(1 customer review) 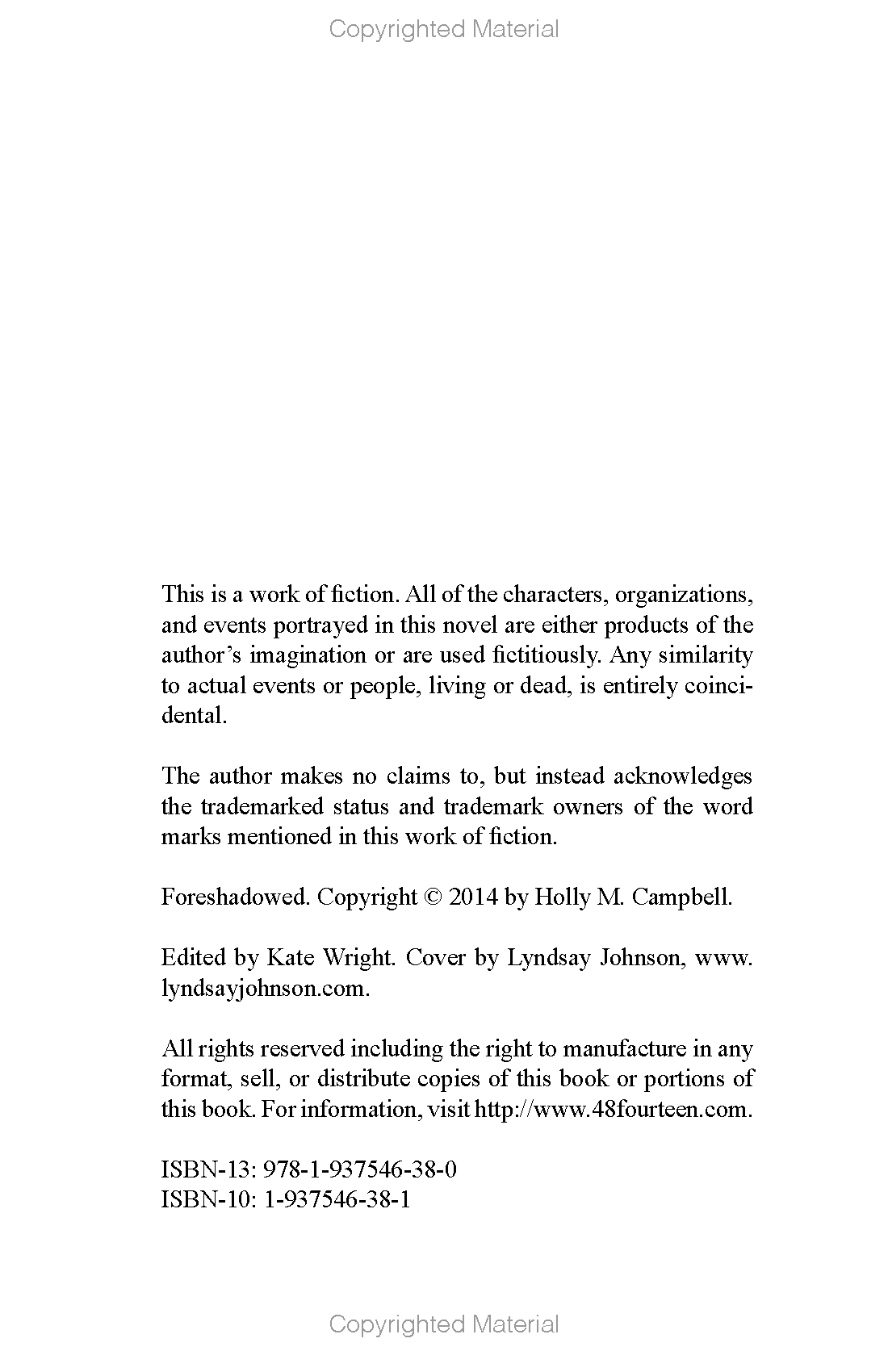 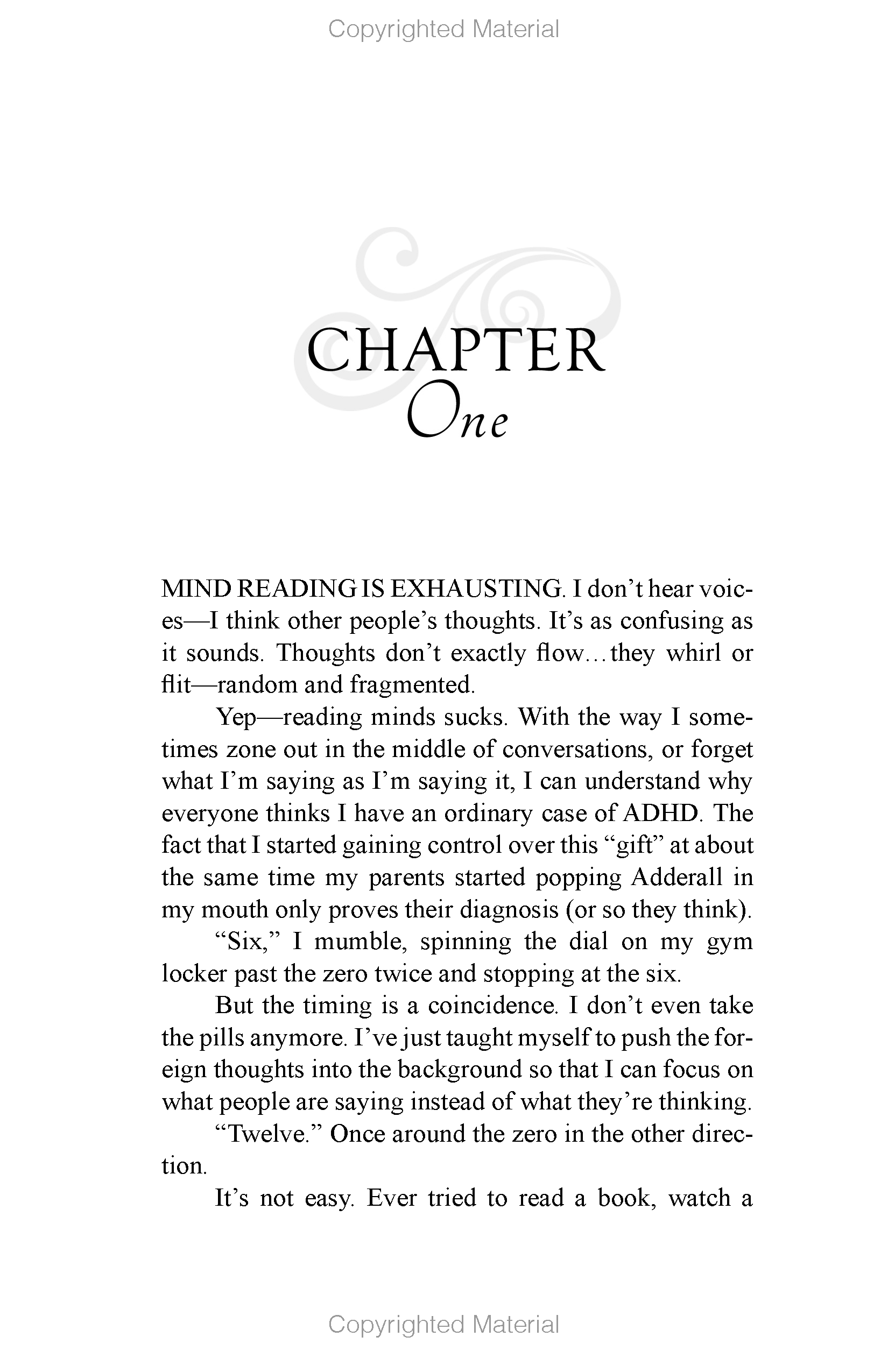 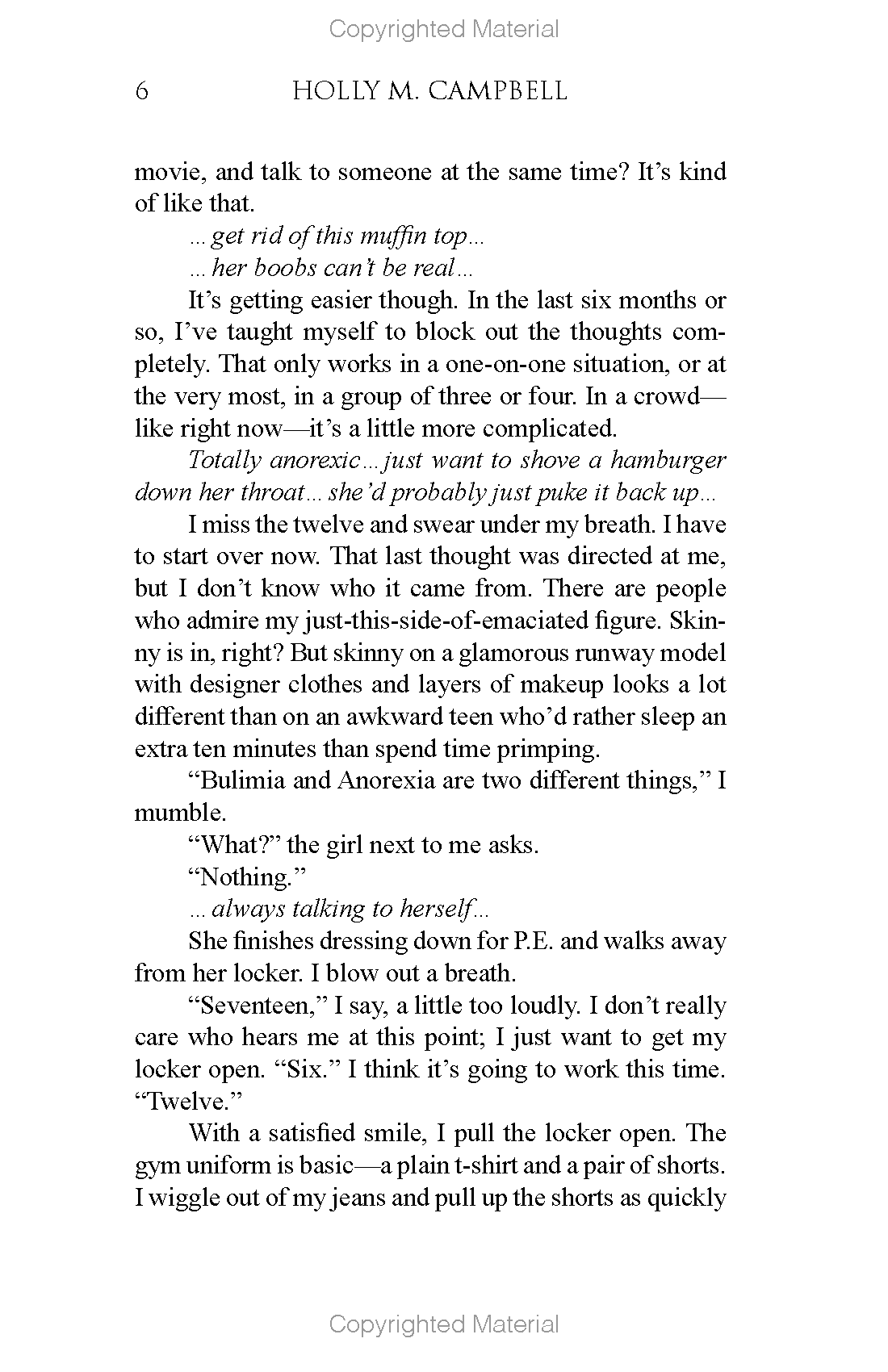 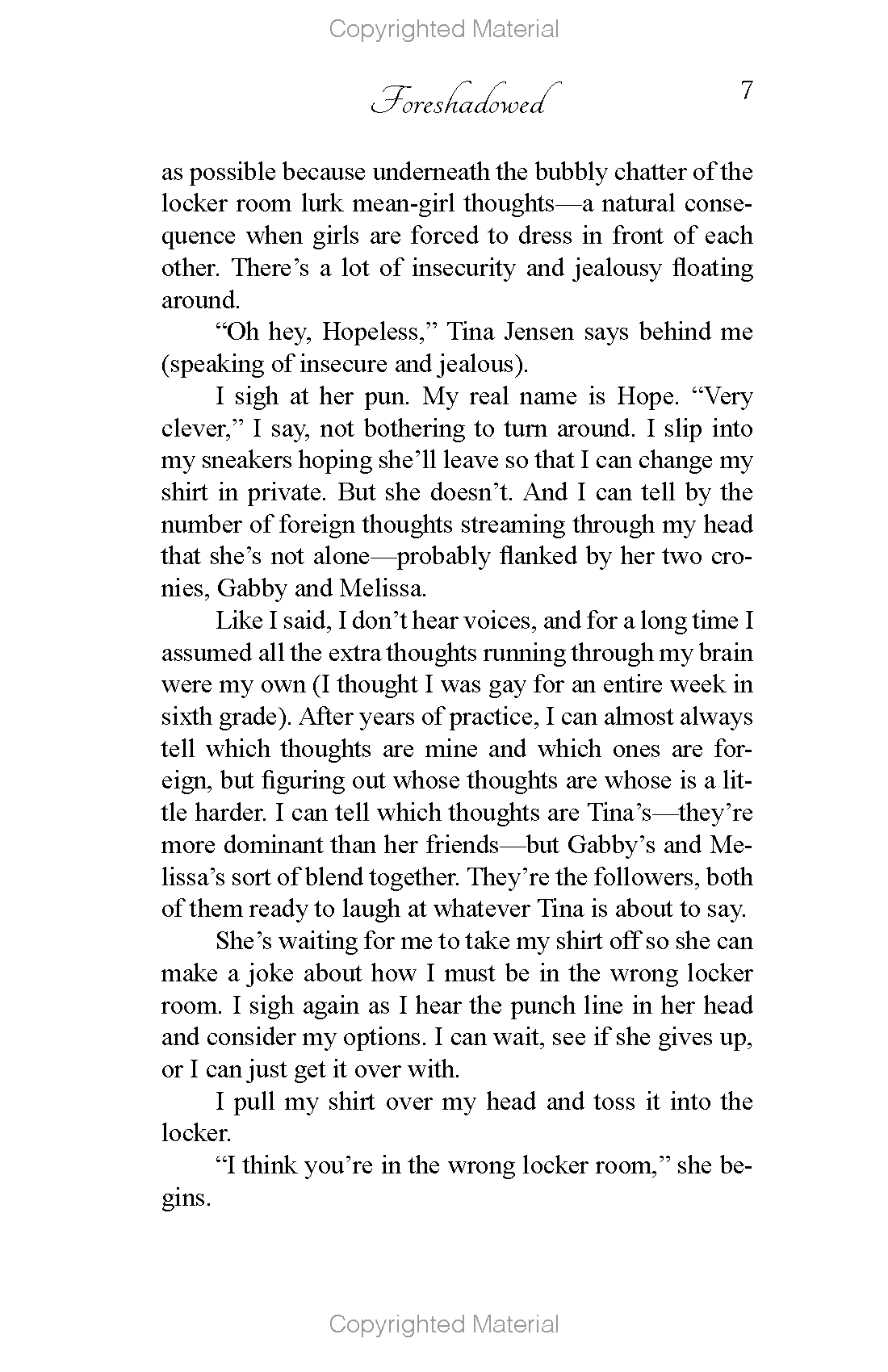 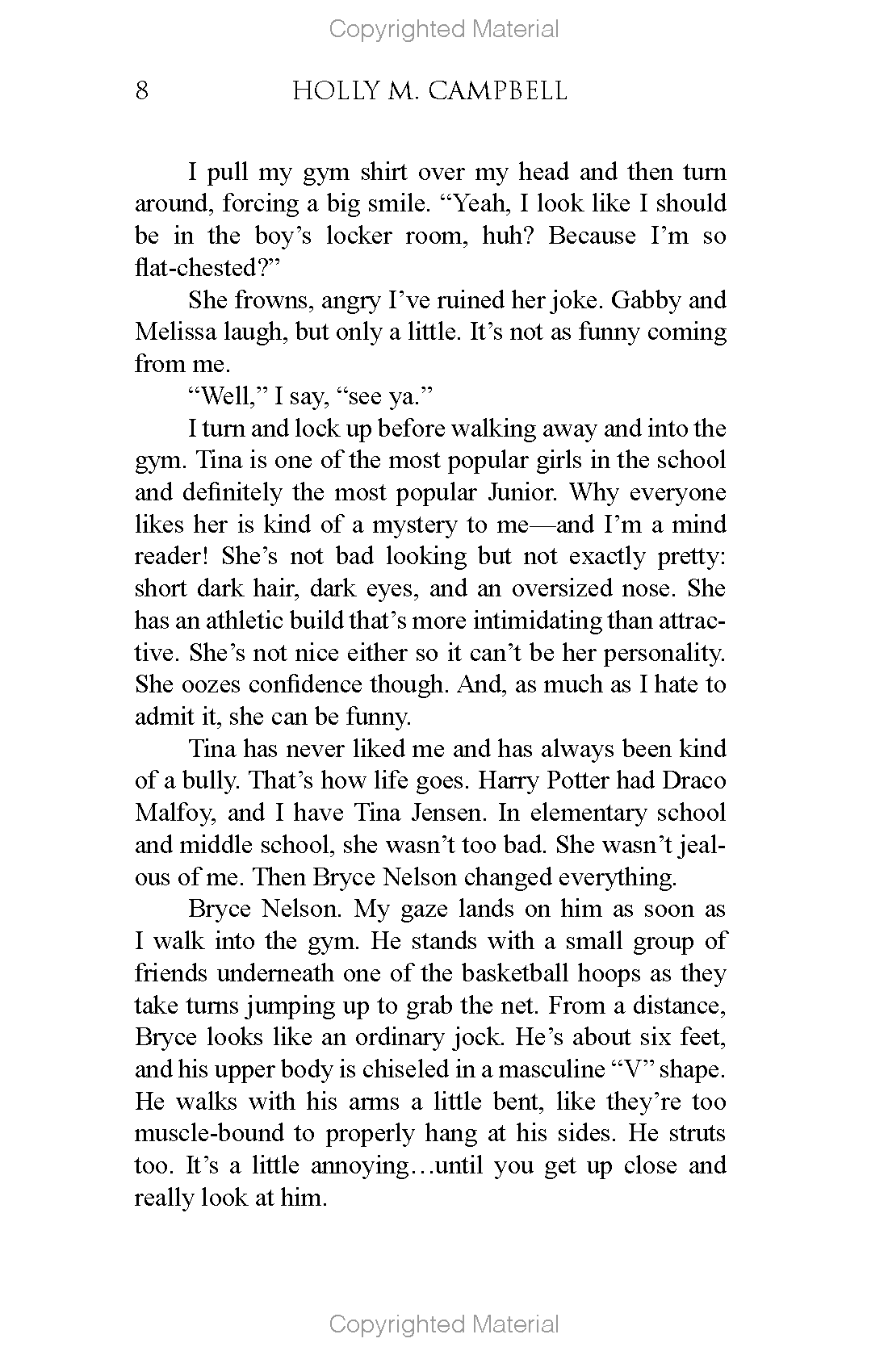 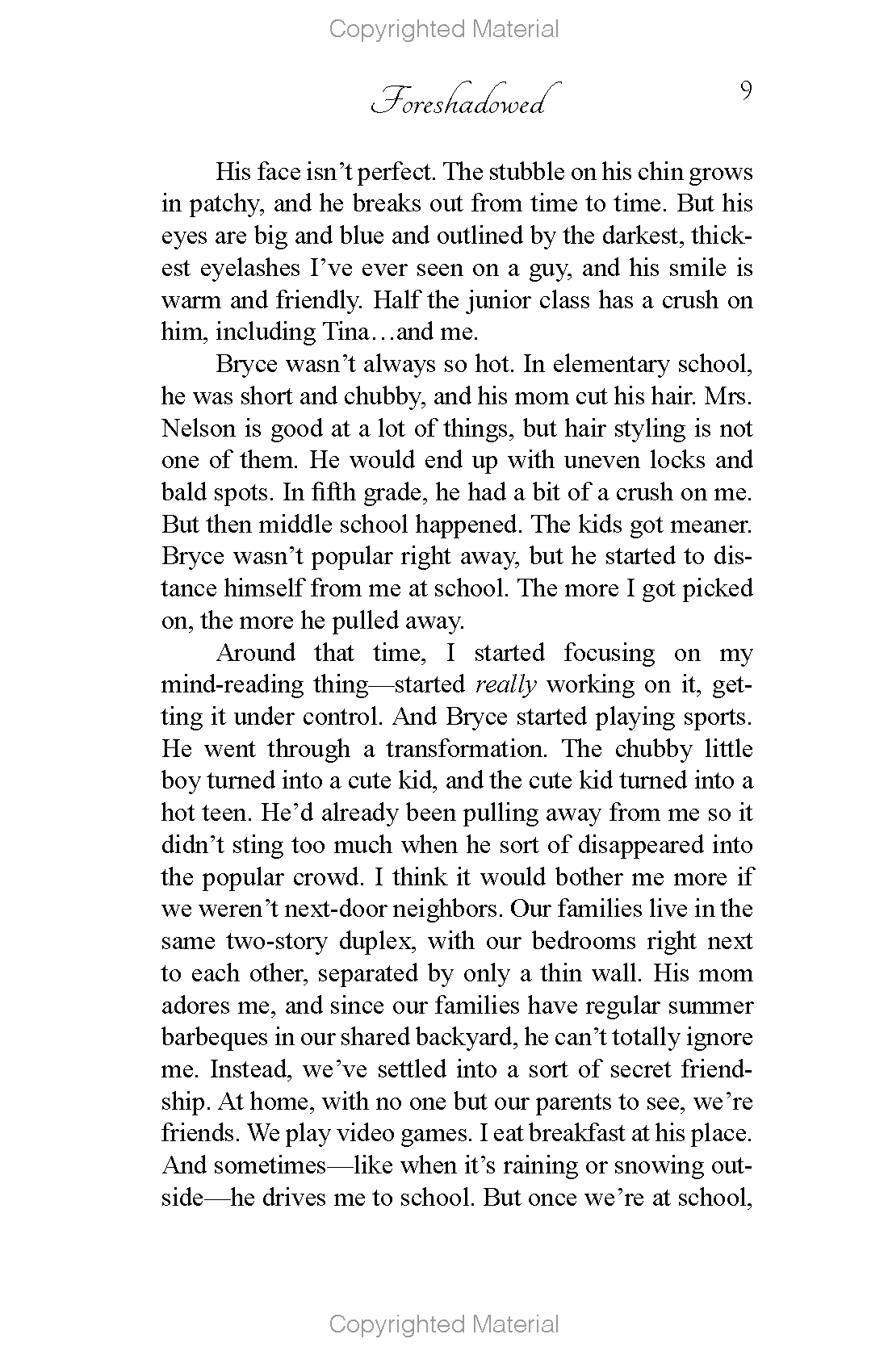 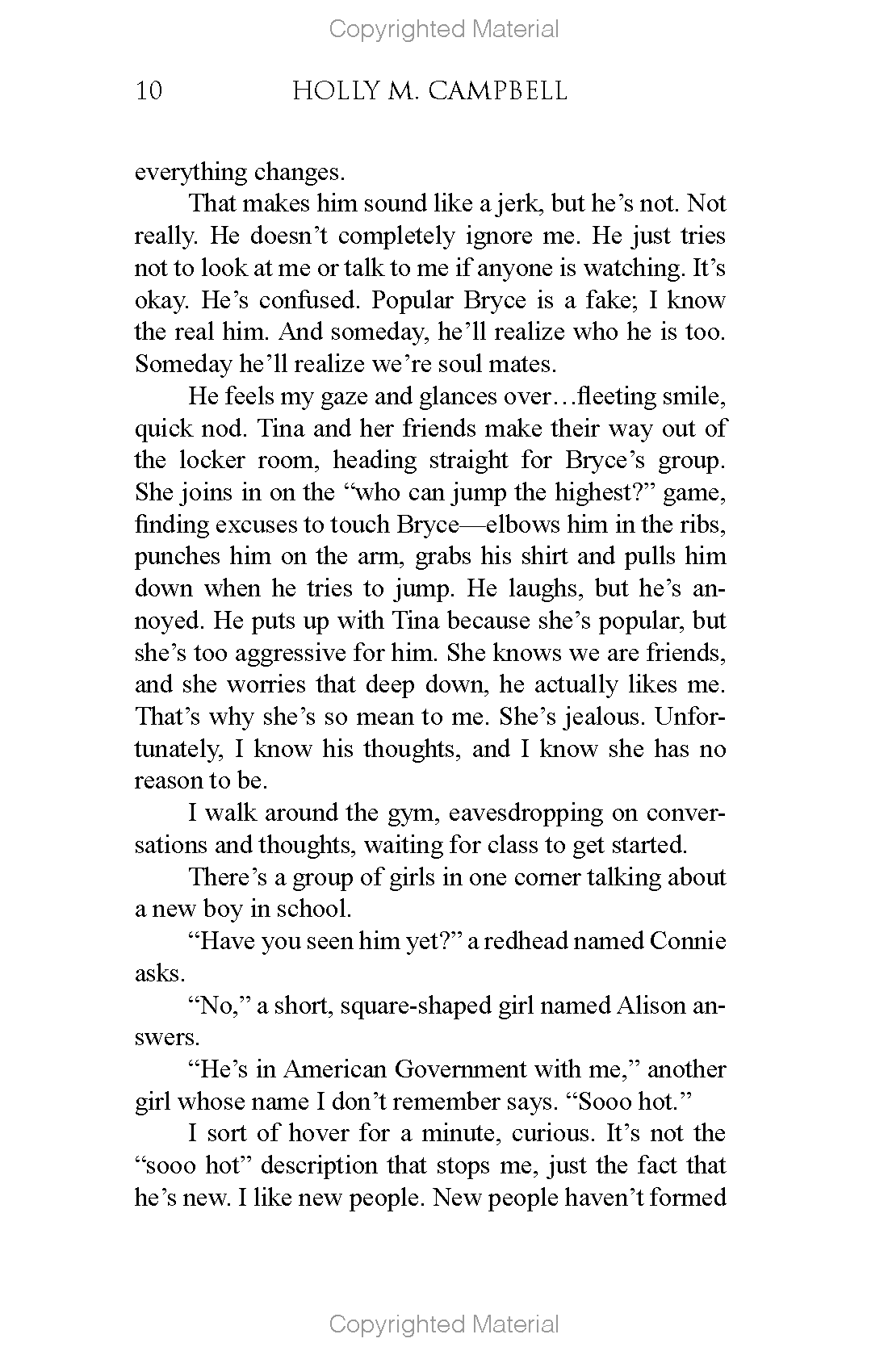 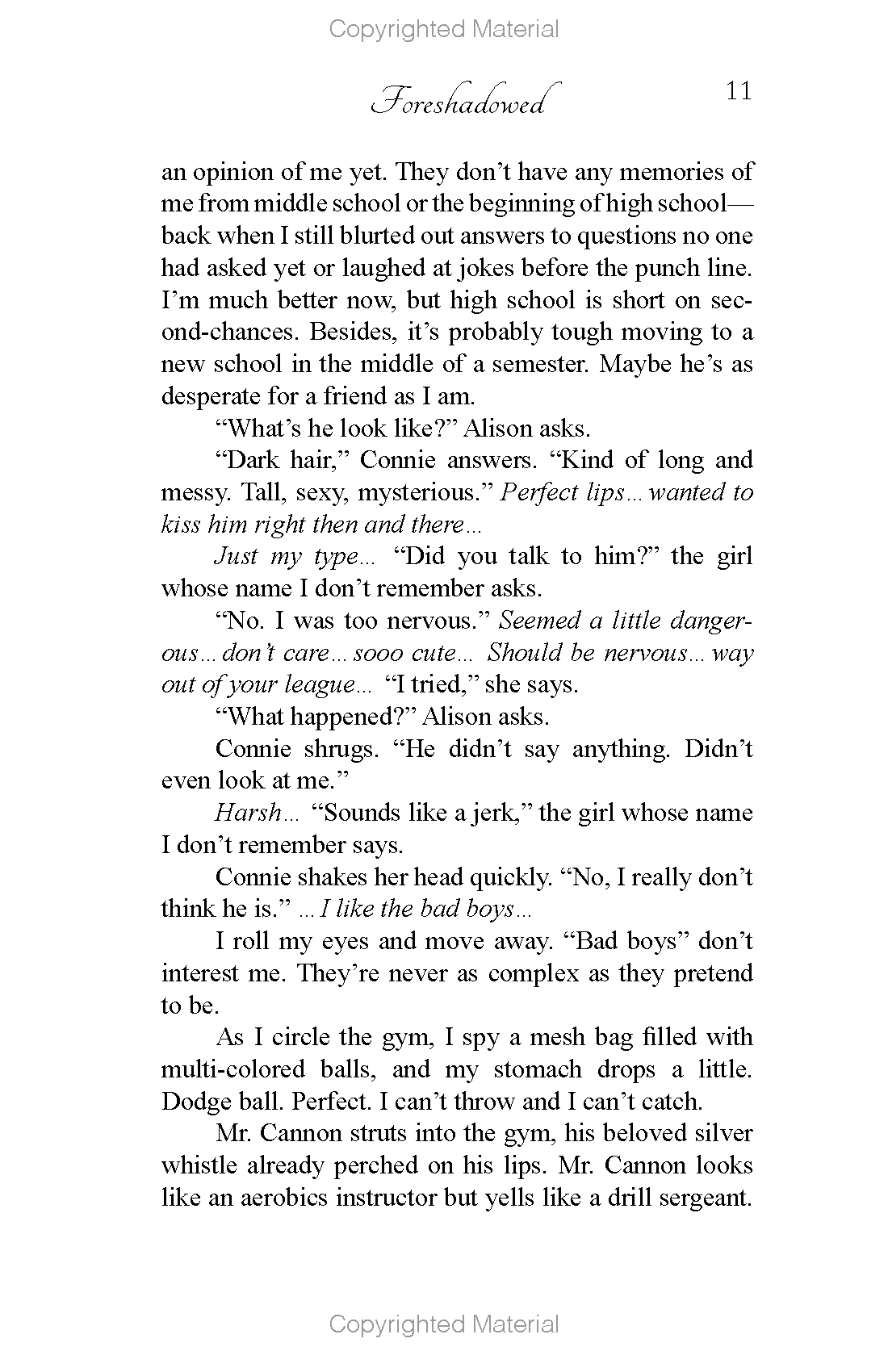 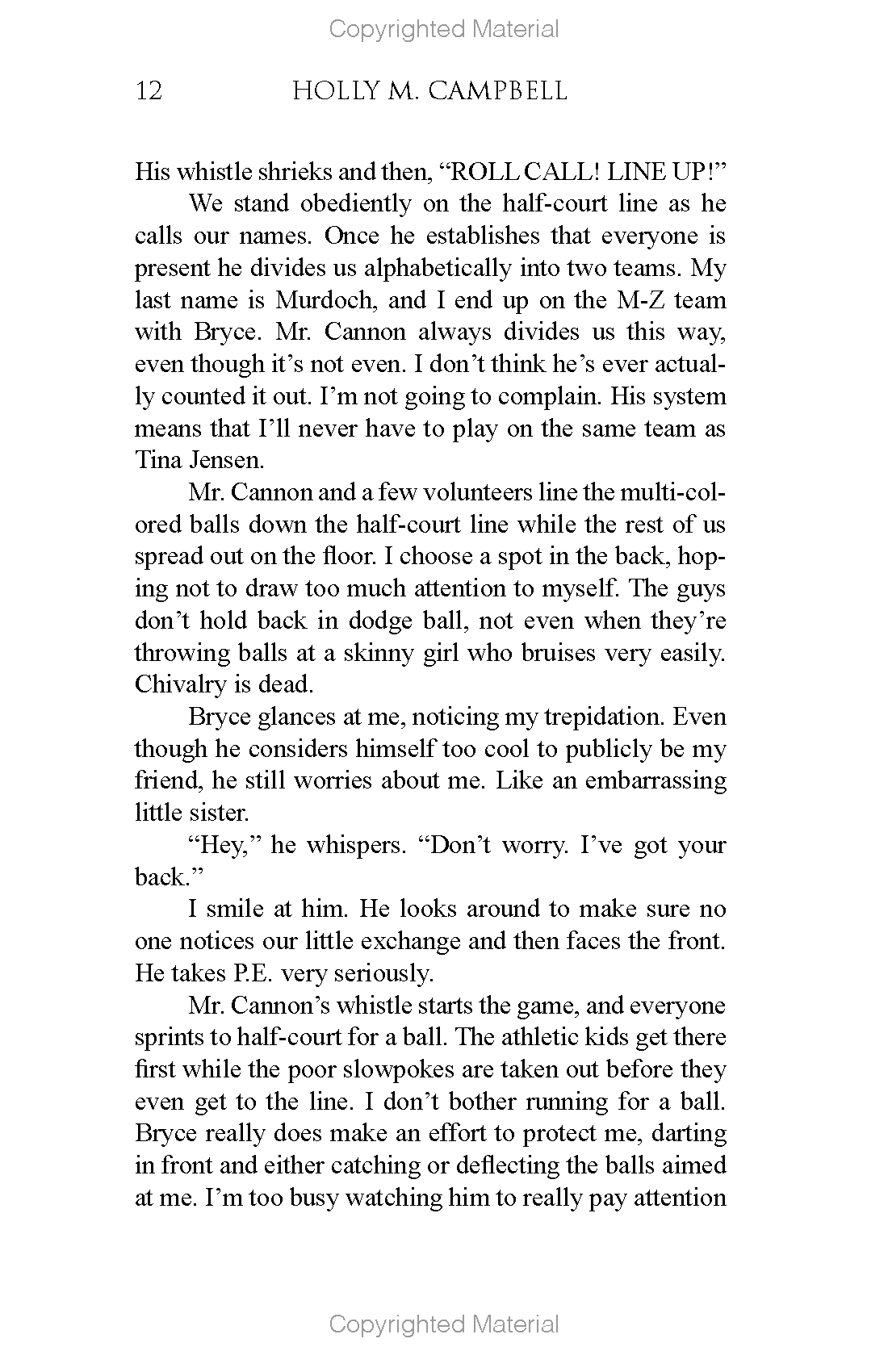 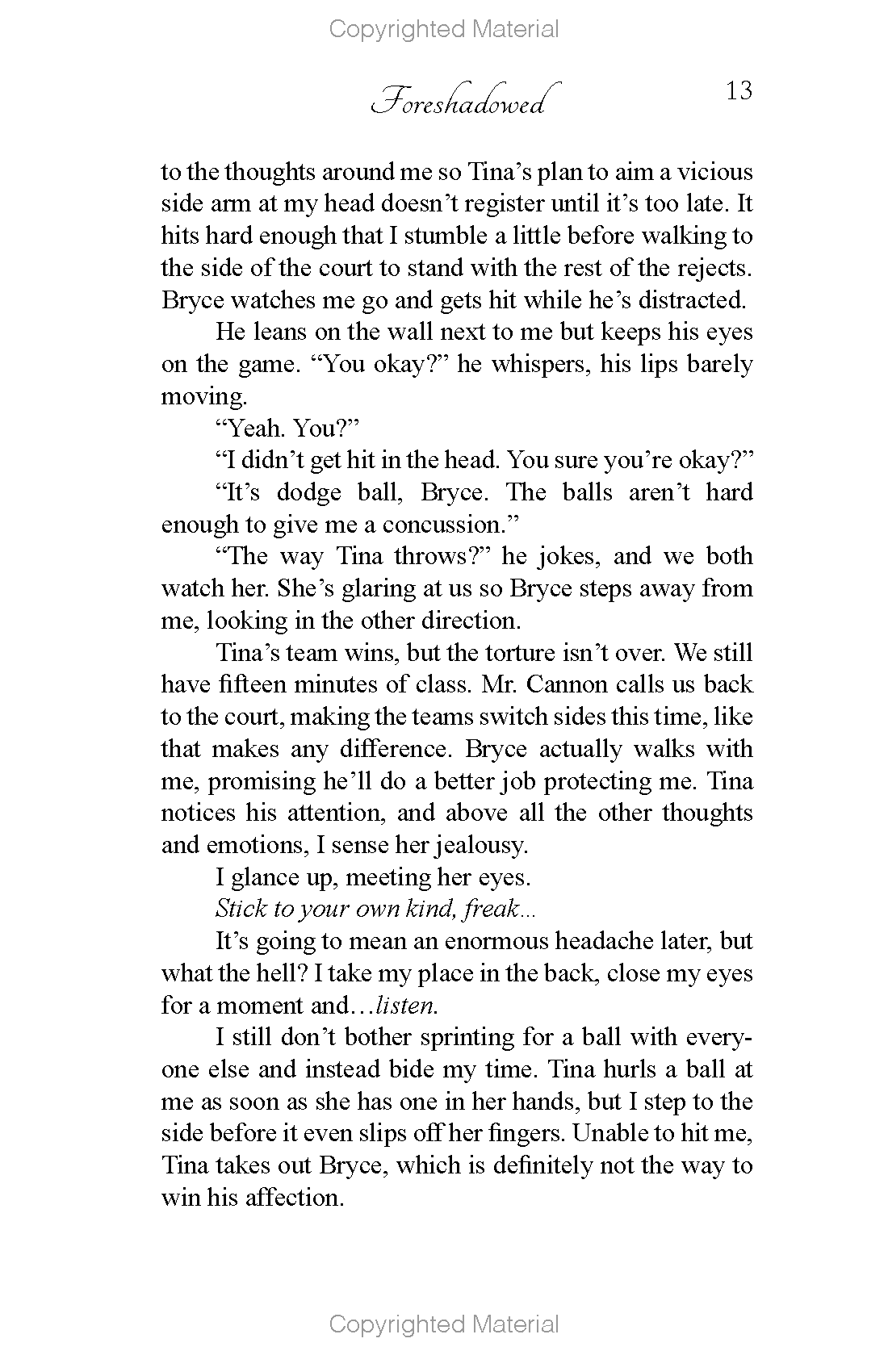 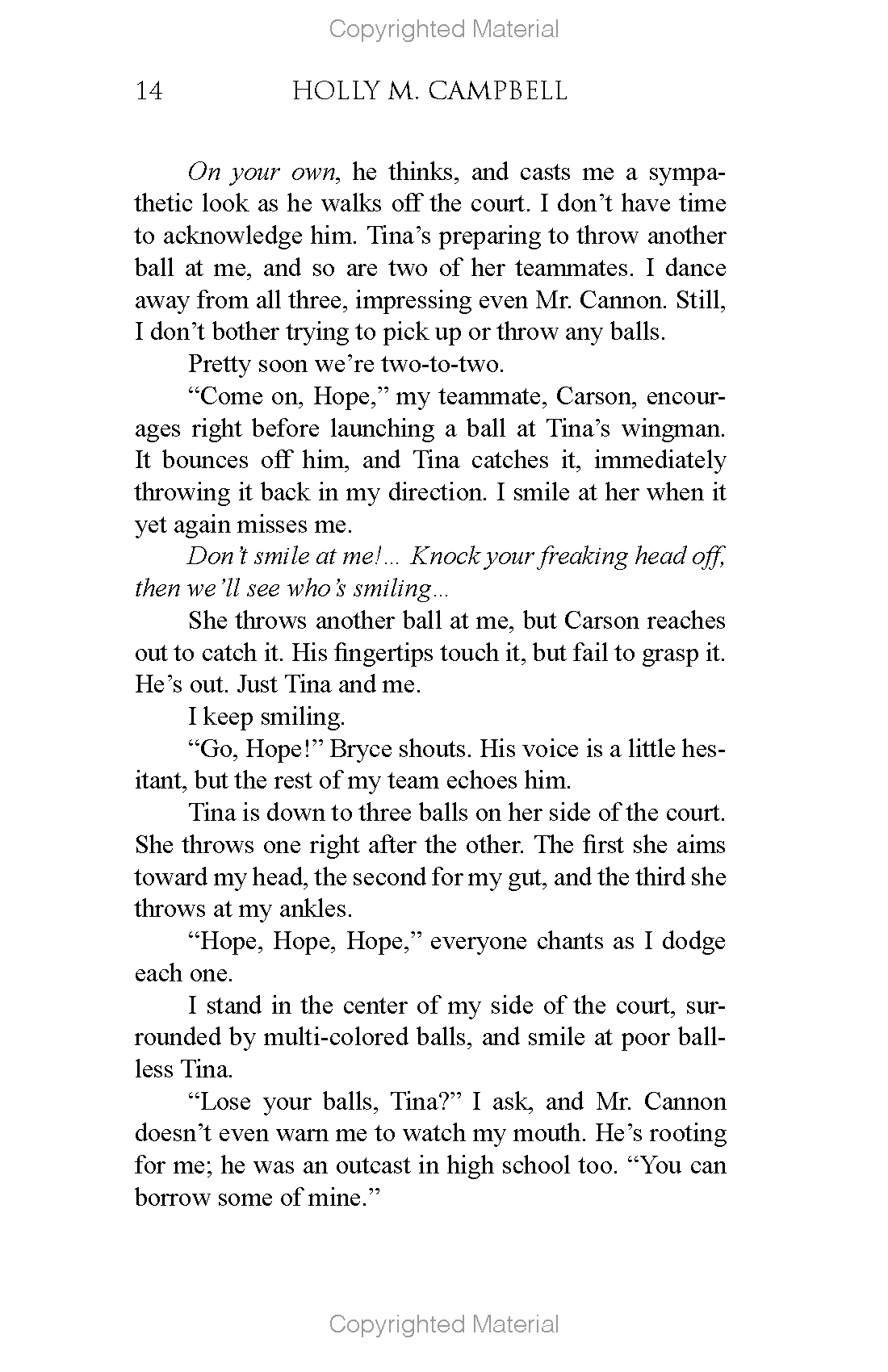 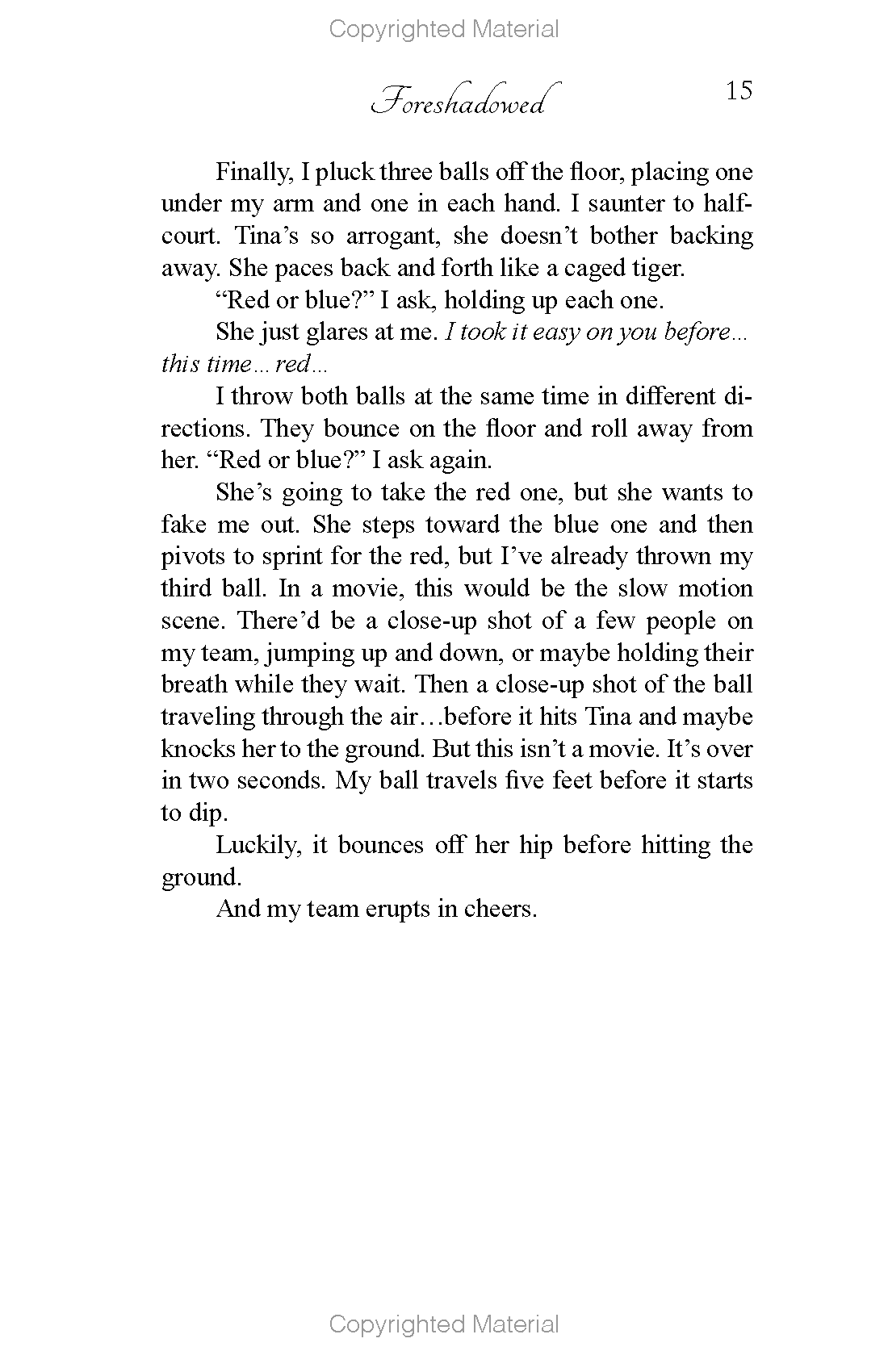 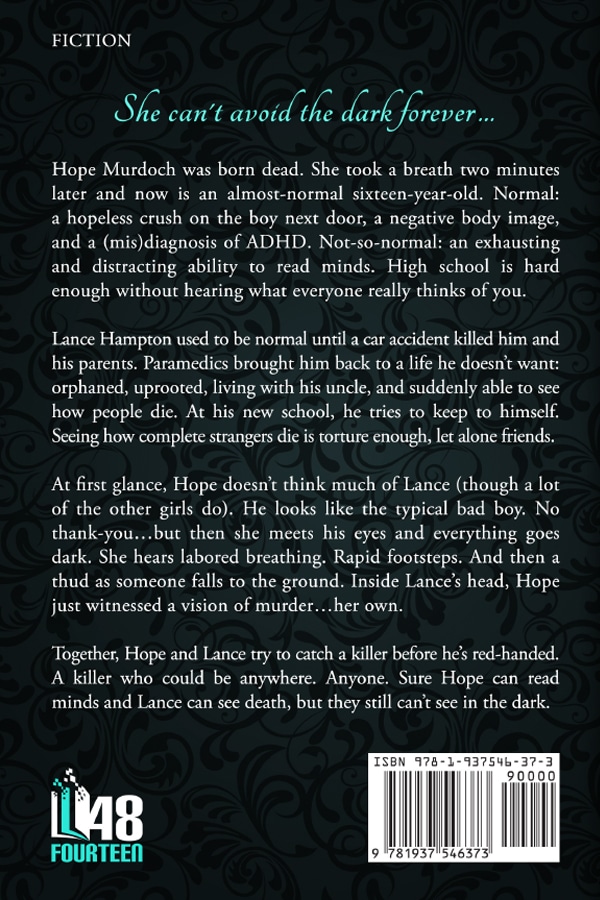 Holly M. Campbell
Rated 5.00 out of 5 based on 1 customer rating
(1 customer review)

Hope Murdoch was born dead. She took a breath two minutes later and now is an almost-normal sixteen-year-old. Normal: a hopeless crush on the boy next door, a negative body image, and a (mis)diagnosis of ADHD. Not-so-normal: an exhausting and distracting ability to read minds. High school is hard enough without hearing what everyone really thinks of you.

Lance Hampton used to be normal until a car accident killed him and his parents. Paramedics brought him back to a life he doesn’t want: orphaned, uprooted, living with his uncle, and suddenly able to see how people die. At his new school, he tries to keep to himself. Seeing how complete strangers die is torture enough, let alone friends.

At first glance, Hope doesn’t think much of Lance (though a lot of the other girls do). He looks like the typical bad boy. No thank-you…but then she meets his eyes and everything goes dark. She hears labored breathing. Rapid footsteps. And then a thud as someone falls to the ground. Inside Lance’s head, Hope just witnessed a vision of murder…her own.

Together, Hope and Lance try to catch a killer before he’s red-handed. A killer who could be anywhere. Anyone. Sure Hope can read minds and Lance can see death, but they still can’t see in the dark. 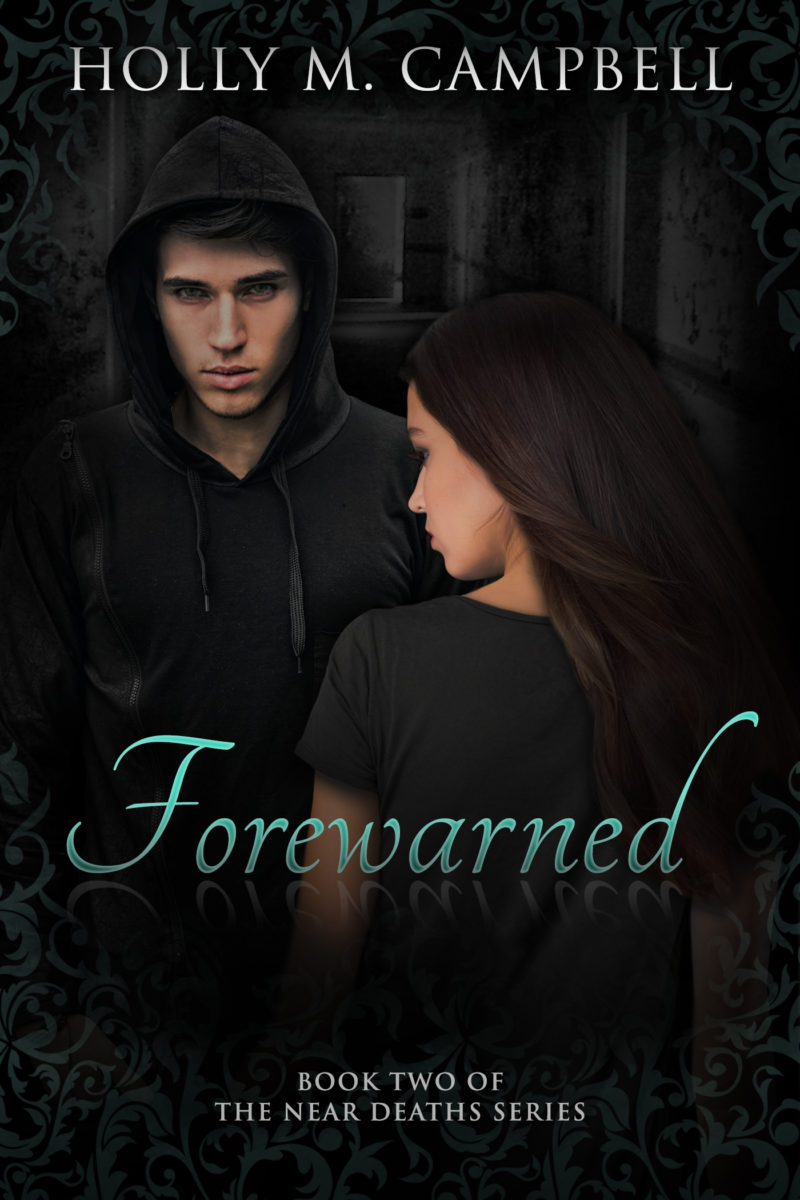 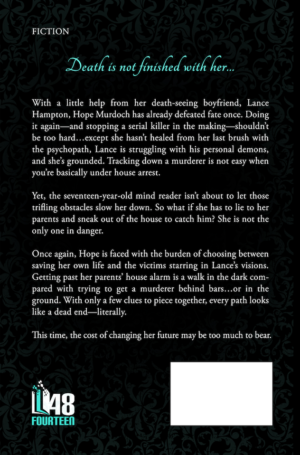 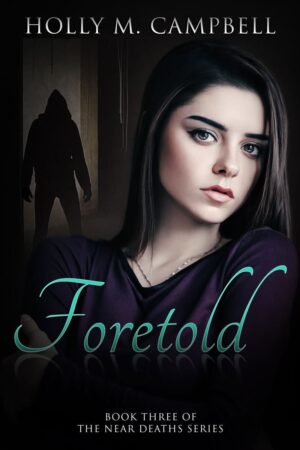 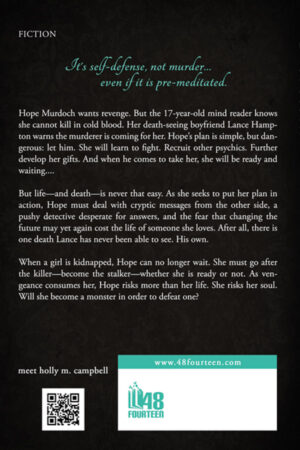 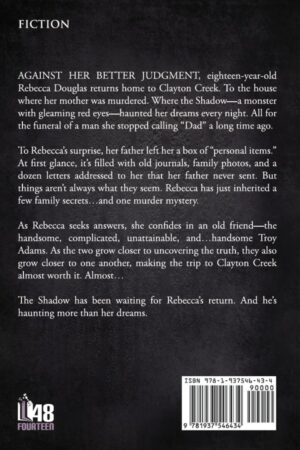 Holly M. Campbell started writing at a young age. She enjoyed sharing her stories with friends and family and by the time she started middle school, knew she wanted to be an author.

She studied Creative Writing and Modern Dance at Brigham Young University-Idaho. Along with attending class, doing homework, and studying, she stayed busy with rehearsals and performances for Contemporary Dance Theatre. In 2004, she toured Central America as part of the school’s Dance Alliance. The following year, she toured the Eastern United States. She graduated with a Bachelor’s degree in 2006.

About two years later, Holly met Chris Campbell, who taught her how to swing dance. After he lifted her high over his head with apparent ease, she fell head-over-heels (not literally). They married in May of 2008 and currently live in Washington State with their two little girls.

The Near Deaths Series T-Shirt