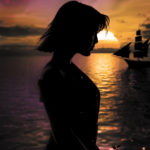 It’s been officially announced: The Duchess’s Descendants (Jordinia: Book 3) is coming to 48fourteen!

This book was a long time in the making. Sort of. After I’d finished writing my original Jordinia duology (The Duchess Quest and The Duchess Inheritance) in early 2014, a name in the epilogue of Book Two stuck with me. Johanna. (Pronounced “Jo-HAW-nah”.) She had a character and a story; I just had to find it. I began writing and came up with a novella told from her perspective. That summer, I submitted the novella to 48fourteen. And despite the fact that the email opened up with: “Dear Caity, (Please note, this is not a rejection letter)…”  Well, it was. 😀

By that point, after 30,000 words on the matter, I knew all about Jordinia’s next generation – the one that would be reborn into royalty. I didn’t know how else to use the information. But 48fourteen was right. The novella was off. There wasn’t enough action. Little sense of adventure. The pacing wasn’t the same as my previous books. Although, 48fourteen still thought it had potential, if redone. When they slipped its title into the “Other Books By C.K. Brooke” page while formatting The Duchess Quest, I wrote in: “But we aren’t publishing it?”

To which 48fourteen responded, “I can remove the title from the list…but I think it’s a story you’ll want to tell.”

I’ve already told it, and it didn’t work. Those were my thoughts. It isn’t worth rewriting. I’m going to write different books now. And I did write different books. But every so often, I returned to the novella, scratching my head. It wasn’t until I finally just deleted it off of my hard drive and changed some details in Book Two’s epilogue a month before it was published when I knew the novella was truly dead.

Anyone who follows me on social media knows I listen to a lot of podcasts, and an episode of Stuff You Should Know about the Lewis & Clark expedition was keeping me up at night. My brainstorm notebooks were full of half-baked doodles and outlines about two brothers – one shy and stammering, the other bumbling but charismatic – on an expedition…but where? In what universe? I’d been sitting on the concept for a year until it finally occurred to me. In Jordinia, that’s where!

So, in early 2016, the new concept was born. For three weeks, I worked like a madwoman on the outline, taking my little notebook everywhere with me – to the playground with my son, to scribble in while waiting at doctor’s appointments or red lights – until the notebook was full and I had three love stories rolled into one comedy-of-errors adventure that I was pretty giddy about. Writing The Duchess’s Descendants was probably the easiest writing experience of my life. I think I finished the 67,000-word manuscript in about two months (a record even for me). The characters and adventure came more naturally than my own breath and practically wrote themselves. For the first time in years, writing was no longer methodical for me or a race to the finish, but pure and definite joy. And this time, I’m thrilled to announce that 48fourteen accepted it.

The story is very different from that first-attempt novella. So are several of the characters. I’m so glad for it. I suppose this is my testimony in favor of the rejection and rewriting process. I’m super excited about this third “surprise” novel in the Jordinia series, and I hope readers enjoy reading it as much as I enjoyed writing it – the second time around! 🙂

How do you write