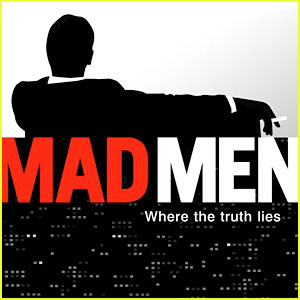 “You’ll love the show, Matt,” an old friend once told me after the first few episodes of Mad Men had aired on AMC. “Some of the best story telling on television.”

I nodded and smiled, telling my friend, “Sure. I’ll watch it.” But I never did. The show looked like a cliche’d period piece to me, and I had intentionally avoided it. As more episodes mounted up, however, the greater the pull to Mad Men became. My wife started watching reruns, and one morning I stumbled into the kitchen, with the aim of cooking some breakfast, and across the room I found my watch gazing at John Hamm’s Don Draper caring for his pregnant wife by warming up some milk for her. Something about the image of Don doing something so thoughtful and intimate while expressing a great deal of conflict and anguish over this seemingly benign act was undeniably striking.

I stepped to the couch. “What’s wrong with him?”

“He has a really troubled past.” She went on to describe Don’s troubled and fascinating history. I sat next to her, and I haven’t stopped watching since.

Matthew Weiner, Mad Men‘s head writer, show runner, and executive producer, once told the New York Times, and I’m paraphrasing here, that the show’s interpretations are inherently open. That the way he intended it to be read didn’t matter once the show aired since the content no longer belonged to him but to those viewing it. To do this well, Weiner layered his pieces with complex and consistent motifs that built coherent and relevant themes; he developed imperfect, flawed characters who struggled to do right by their loved ones while trying to temper their own selfish desires; he researched the various time periods to ensure not only accuracy but that elements of history would support aspects of the story. In layman’s terms, Weiner has succeeded in creating an original world that is believable and engrossing. It is a narrative dream devoid of structural flaws. In every way, Mad Men is pitch perfect storytelling illustrating one person’s version of beauty and truth, and while I’m truly excited for the premiere of the show’s final season, I’m as equally sad to see it go.

The Dividends of Solid Editing

The Importance of Giving Up (and Moving On!)