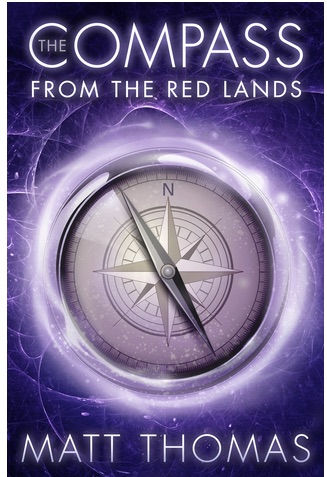 Officially, The Compass from the Red Lands, has been released! You can buy it on Amazon and other digital media outlets. It’s available in both electronic and print forms (sweet!).

Here’s what I learned about making a book: it’s really, really hard! I’ve published articles, essays, short stories, all kinds of stuff, but never anything at this length or on this level. The first version of The Compass from the Red Lands was written when I was in grad school. I workshopped it, and it received a fairly good response. Back then, it was more of Catcher in the Rye meets the Dresden Files. Kind of like an introspective/conflicted private eye working in a real fantasy world. I only had three chapters written, but it seemed promising. I put it on the shelf for two years, revisited it, and completed a first draft of a novella. When I thought it was polished, I workshopped it with another group of writers. This was a much older collective, and they thought the piece was simply too weird and dark, which, at the time, was a bit devastating. I didn’t know what to do. Should I chuck it and start a new piece? Do I give up on writing altogether? No. Neither of those things made sense. What I needed, was a definitive approach.

My thoughts as a writer had shifted and refined. I knew that I wanted to write books and stories that teenagers and new adults would find engaging. But finding the right mix of world-building, realism, action, and character growth would be difficult. The story had to feature real tragedy and consequences, but it couldn’t be overwhelming. There had to be fantasy elements that were intriguing but not unbelievable. To find this balance, I essentially rewrote the entire novel about four times.

Yadda, yadda, yadda . . . a few months later I had a publishing contract, and the real work, the editing, began. After about eighteen months of going back and forth with 48Fourteen’s AMAZING editors (and I mean that with all sincerity!), we arrived at a point where we thought we could start thinking about the cover. Basically, that’s the publisher saying, “OK, I can definitely get behind this!”

Originally, I wanted an illustration. Something abstract and cool and edgy. So an artist was hired, and she worked on a series of drafts. The publisher recognized the beauty of the depiction, but it didn’t quite match the content and feel of the story, so they went back to the drawing board (no pun intended . . . well, maybe a little). That’s when we agreed that the protagonist, Tom Gareth, should not be on the cover. Instead, the mystical compass, which represents the personal and literal journey Tom must undergo, should be at the forefront. Colors, fonts, types of compasses, sizes, etc. were all evaluated and discussed until we  came up with what you see at the top of this post. I think it looks absolutely incredible.

I’m proud of this book. It’s a good story with polished prose that is accessible, entertaining, and thought-provoking. Yes, I came up with the plot, I wrote the piece, but the completed novel is the result of a team of people coming together to try to provide an audience with a wonderful and unique reading experience. If you decide to download the book, and if you (fingers crossed!!!) enjoy it, send the team at 48Fourteen an e-mail. Thank them. They’re working hard so you, dear reader, can escape into a world of excitement, adventure, and fantasy, which is no easy feat. . .

History with a Twist

The Compass from the Red Lands: Influences