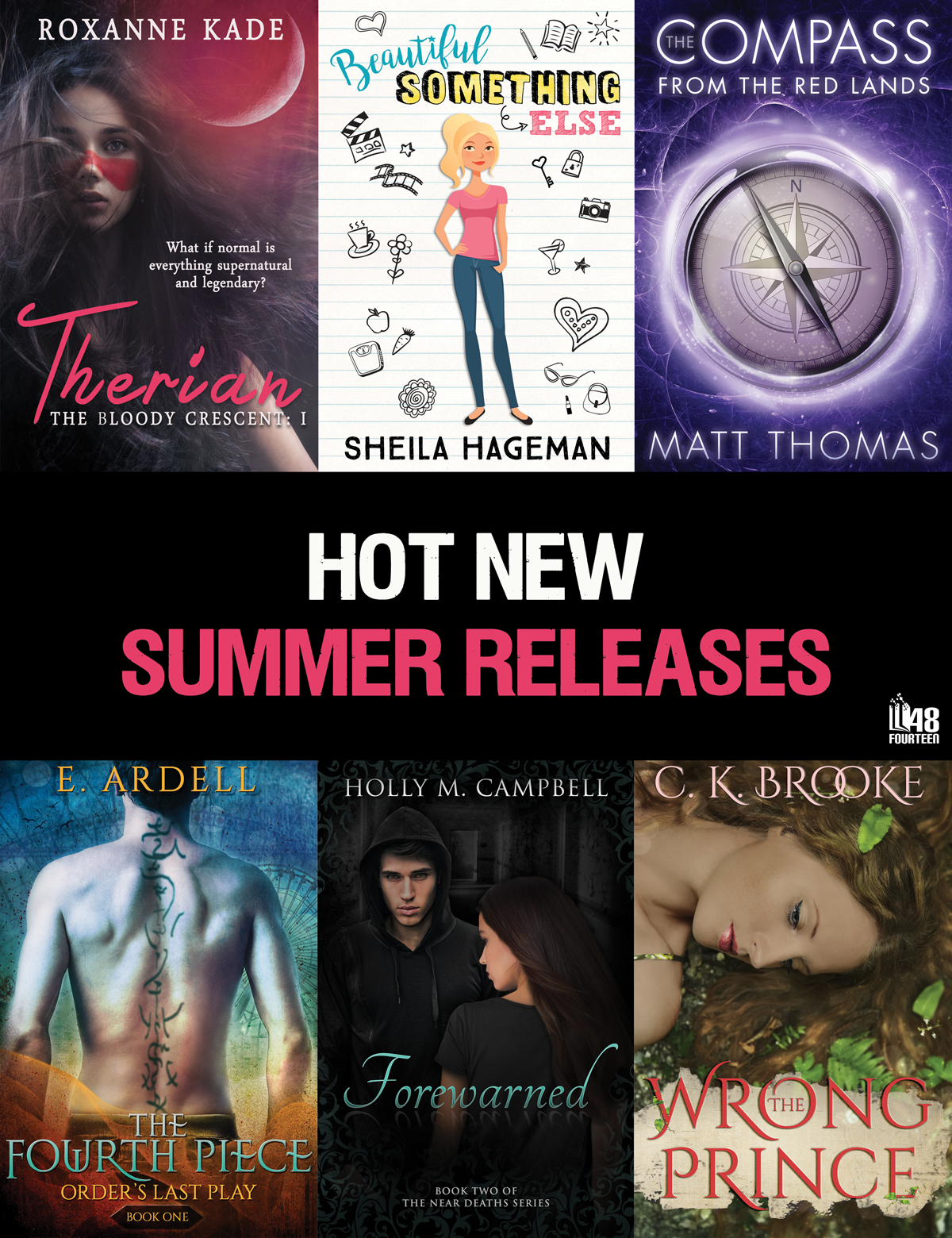 This summer, indulge in our hot new releases! Something for everyone!

All Amberlyn Darksky has ever wanted is to be normal.

Amber has never been ordinary. She has a gift, the ability to see memories through simple touch, and for her it’s a curse. Especially when she has to relive her mother’s death, on the night she was born, through her father’s eyes. Leading a sheltered life for years under his constant watch has her yearning for freedom and her acceptance into Cyprus Falls University gives her just that.

Plunged into a world of true love, heartache, seduction, and horror, with a deepening affection for Tayelon Cree, and the undeniable allure of Lucard Colbaine, can she accept what either of them represent in her life? And what about the steely-eyed vampire who invades her dreams?

When the blackouts and nightmares begin, Amber fears the pain that rips into her soul and threatens to destroy her. Before long, she is faced with the truth of her destiny as well as the devastating secrets that surround the people she holds dearest; dark secrets that will truly change the course of her very existence.

Amberlyn will have to fight as hard as possible to remain human while the beasts inside her rage to take over.

BEAUTIFUL SOMETHING ELSE by Sheila Hageman

Beautiful Something Else is a contemporary romance with smarts and humor.

Lizbeth, an outwardly-confident but overly self-conscious thirty-year-old, is spurred on by her New Age friend, Janet, to trust the Universe and ask for what she wants in life—to land a starring role, lose five pounds and find herself naked with a man. The stars seem to be aligning for her, but not exactly in the way she meant.

A chance encounter with a film director at Grand Central Station may be her lucky break, but the New York City actress is blindsided when she is fired from her bill-paying waitress job, and she must decide where her true values lie. Should she take a position as a “pretend secretary” for a handsome, but holier-than-though chiropractor and healer with questionable morals to pay her rent?

While Chip Duncan woos a potential investor for his new healing center, he fights his romantic urges for Lizbeth. She finds herself falling in love with Chip’s caring, healing heart, but she’s equally frustrated by his greed and dishonesty.

Can Lizbeth resolve her body image issues and find a clear path to satisfaction in career and relationship? And will Chip realize in time that Lizbeth is the woman for him before he blows off her love?

THE COMPASS FROM THE RED LANDS by Matt Thomas

For twenty-year-old Tom Gareth, life couldn’t feel more pointless. He’s working as a dishwasher at a greasy-spoon to pay tuition for a college he doesn’t even want to be attending. And Lynette, the love of his life, has relegated him to the dreaded friend zone. All that changes when Tom receives a letter from his father.

His father is supposed to be dead.

It all sounds like a prank, a crazy lie, until Tom finds a compass in the envelope. It glows and screams and burns, until it eventually reveals a path to Tom’s lost sister – in the Red Lands. A place not on any map.

To unlock the compass’s secrets and discover the terrifying realities of his father’s past, Tom embarks on a quest and crosses into a mystical and deadly world. Surviving its jade infernos and bizarre residents will take more than just blind bravery. It will mean letting go of everything he knows, dispelling his fears, and making the ultimate sacrifice.

But Tom has to be willing. Is he?

THE FOURTH PIECE by E. Ardell

Life is great when you’re good-looking and popular…so long as no one knows you’re a vulatto. Being half-alien gets you labeled “loser” quicker than being a full vader. So it’s a good thing Devon, Lyle, and Lawrence can easily pass for human—until the night of the party. Nothing kills a good time faster than three brothers sharing a psychic vision of a fourth brother who’s off-world and going to die unless they do something. But when your brother’s emergency happens off-planet, calling 9-1-1 really isn’t an option.

In their attempt to save a brother they barely remember, Devon, Lyle and Lawrence expose themselves to mortal danger and inherit a destiny that killed the last four guys cursed with it. In 2022, there are humans and aliens, heroes and monsters, choices and prophecies—and four brothers with the power to choose what’s left when the gods decide they’re through playing games.

Death is not finished with her…

With a little help from her death-seeing boyfriend, Lance Hampton, Hope Murdoch has already defeated fate once. Doing it again—and stopping a serial killer in the making—shouldn’t be too hard…except she hasn’t healed from her last brush with the psychopath, Lance is struggling with his personal demons, and she’s grounded. Tracking down a murderer is not easy when you’re basically under house arrest.

Yet, the seventeen-year-old mind reader isn’t about to let those trifling obstacles slow her down. So what if she has to lie to her parents and sneak out of the house to catch him? She is not the only one in danger.

Once again, Hope is faced with the burden of choosing between saving her own life and the victims starring in Lance’s visions. Getting past her parents’ house alarm is a walk in the dark compared with trying to get a murderer behind bars…or in the ground. With only a few clues to piece together, every path looks like a dead end—literally.

This time, the cost of changing her future may be too much to bear.

THE WRONG PRINCE by C.K. Brooke

Geo and Dmitri are the princes of Tybiria. Though Geo is the obvious athlete, it’s bookish Dmitri that yields the credit – and consequences – for slaying a foreign prince. But whose arrow really struck the boy?

Luccia Camerlane is the Baron of Backshore’s enigmatic daughter…as well as Prince Geo’s secret mistress…until she learns of her disastrous betrothal to none other than his brother, Prince Dmitri.

When Dmitri is abducted by the deranged King of Llewes, star-crossed lovers Geo and Lucie must set aside their woes and differences to rescue the Crown Prince from the formidable Wintersea fortress. A precocious castle ward, a fascinating love-quadrangle, and a hit-woman harlot complete this action packed rom com in another wickedly fast-paced fantasy adventure from C.K. Brooke, author of The Red Pearl and the Books of Jordinia.

Did You Accidentally Write Yourself Into a Book?

Quick Thought: Some Random Thoughts on Music and Writing